Paritosh says guests will be high class and sophisticated so they will like her dance steps. Nandini asks them to get their couple and starts to teach them with Samar. Samar gets mesmerized seeing her dancing with him (Ek ladki ko dekha song starts to play in background). Leela calls her jeweller and shocks knowing something.

Anupamaa reaches home. Rakhi too comes there and says she came to see the engagement hall and reveals the truth that Anupamaa bought the ring she wished. Leela and Vanraj shocks hearing her.

Rakhi says Paritosh told her that they were not ready to buy that diamond ring but Anupamaa surprised her by fulfilling her wish. She says now she understood why Kinjal always says Anupamaa is best. Paritosh gets happy hearing that. Rakhi says Anupamaa is world’s best mother in law who just thought about Kinjal’s happiness not others. She shows the ring to Vanraj. Vanraj asks Pakhi to show the community hall to Rakhi.

Rakhi says she herself can go why to trouble Pakhi. She gives the ring to Anupamaa and leaves from there. Nandini too leaves from there thinking Anupamaa looks tensed. Rakhi thinks Anupamaa should not be this good that she end up bad in front of others.

Vanraj asks Anupamaa that when everything finalized already why she bought this ring and how she did the payment for the ring. Leela says Anupamaa sold her jewelries just now her jeweller informed her.

She says Anupamaa didn’t listen her family just to satisfy Rakhi, she went against her own family. Jayesh tells Leela to give chance to Anupamaa to explain her point. Leela taunts Anupamaa and says from the time she came after meeting Rakhi in cafe, her behavior changed totally. She says today she sold her jewelries, tomorrow she may sell this house too without informing anyone.

Vanraj says 5lakhs is not a small amount for a middle class family like them and she spend it without informing anyone. Anupamaa asks him to listen her once. He asks he saw the ring and listened Rakhi’s taunts too what else he has to listen now. Anupamaa says Paritosh was sad.

Vanraj says Rakhi used Anupamaa and being a idiot she didn’t understand that. He says she disrespected her own family and asks from how she got this idea. Anupamaa says she heard Dolly and Leela’s talks and she just sold the jewels her mother gave her, didn’t touch the ones Leela gave her. Leela shocks hearing her and blames her for talking like this.

Anupamaa says she didn’t meant that way. Jayesh asks Leela to stop. Vanraj shouts at Anupamaa when she asked him to make Leela understand. Leela asks her to return the jewels she gave her saying she has no rights on them and asks others to not interfere between them. Paritosh apologize to Anupamaa and says Leela overreacting for jewels.

Precap – Kavya reaches Vanraj’s house at night and hugs him in front of his family saying from now she will stay with him only.

Late director Sachy and Prithviraj were to team again for a movie titled Vilayath Buddha. With the unexpected demise of the acclaimed director, the movie was eventually dropped halfway. Now, the latest is that director Sachy’s longtime associate Jayam Nambiar is taking over the project.

In a recent interview given to a leading daily, director Jayan said that it was Prithviraj, who suggested him to take over the project. Jointly scripted by GR Indugopan and Rajesh, the movie is expected to be bankrolled by Prithviraj’s home banner, Prithviraj Productions.

The film is based on GR Indugopan’s novel ‘Vilayath Buddha’, that revolves around Bhaskaran master and smuggler student named Double Mohanan. Going by the novel, the movie is about a master who grows a sandalwood tree in his yard while his student challenges his teacher that he will cut down the tree. 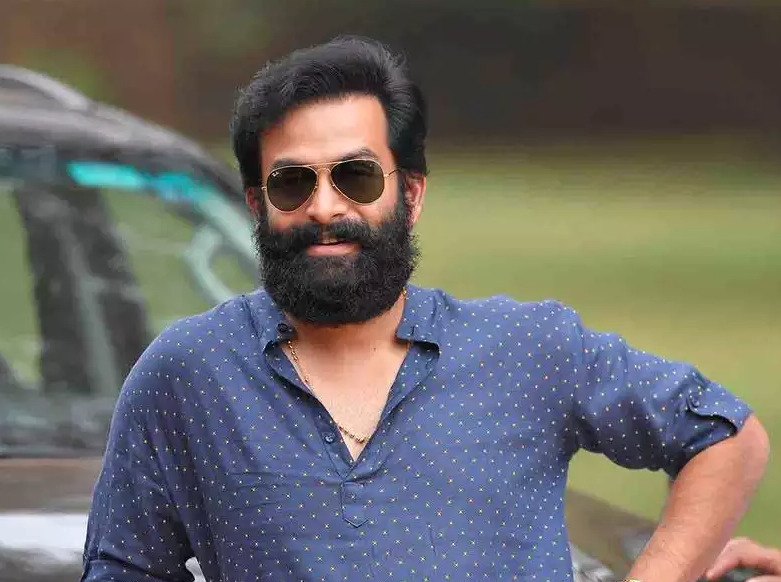 Reportedly, Prithviraj Sukumaran is playing the role of a smuggler in the movie. Details regarding the rest of the cast is expected to be revealed soon and is expected to start rolling only after the pandemic.

Meanwhile, Prithviraj and Jayan Nambiar are working on another project which is a mythological film that will be shot completely in virtual production.

‘Nishabdham’ has got importance for all characters: Anushka Shetty

Anushka Shetty, who awaits the OTT release of ‘Nishabdham’ on October 2, has described the film as an interesting thriller wherein she plays a challenging role. In this interview, catch her talk about how the project fell in her lap, working with Madhavan, getting trained in sign language, and more.

After ‘Bhaagamathie’, there has been much gap in your career. Your fans have been eagerly waiting for your next. Why did the gap happen? Was it planned? How did the journey with ‘Nishabdham’ start?

After ‘Bhaagamathie’, I went on a sabbatical deliberately. Sometime in 2018, Kona Venkat garu and Hemanth Madhukar narrated the story of ‘Nishabdham’ to me and I was bowled over by the script. My character is atypical and I strongly felt that I should go for it. Not only did the story came searching for me, but also I loved it.

You apparently learned the international sign language for playing the role of a mute artiste in the movie. What was the homework like?

Sakshi is both deaf and dumb in the movie. This aspect of the character made me take it up as a challenge. For a couple of months, I got trained in sign language. After reaching America to shoot for the film, I realized that the international sign language is different. I once again got trained in it there from a 14-year-old girl. It was a great learning experience.

The film was supposed to release in theatres on April 2. As destiny would have it, the pandemic has played the demon. And, as a result, ‘Nishabdham’ has become the first direct-to-OTT release of your career. How do you see it?

Although theatre and OTT are contrasting experiences, it is important for us to see OTT in a positive way. Because of the unique situation we are in, technology-driven options have to be explored to reach out to the audience. We have to go for these changes. Let’s welcome the new normal. Although it feels a bit strange that ‘Nishabdham’ is unexpectedly coming out on OTT, I hope the audience are going to love this change. 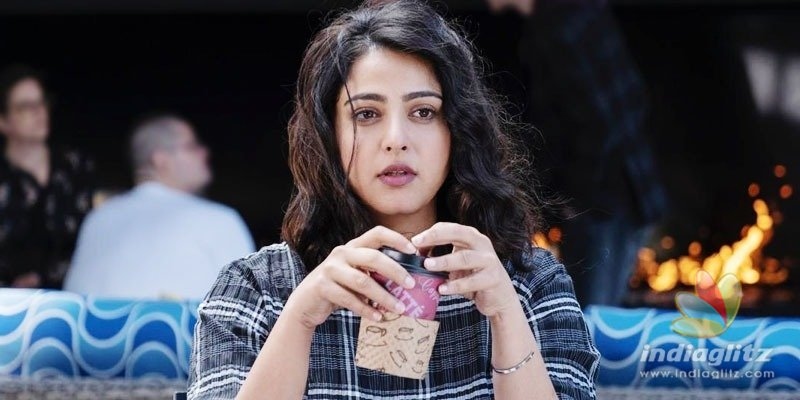 This is your first film with Madhavan in 14 years. What was the experience of working with him?

I had worked with Madhavan for the first time in the initial days of my career on a Tamil film, in 2006. It was a wonderful experience working with him after all the years. It helped that both of us have played challenging roles in ‘Nishabdham’. Besides our roles, every character in the thriller has got a place in the story. This is not a story that takes place only between two individuals. The screenplay lends importance to a number of other characters. It’s a thrilling ride, I must say.

Technical departments, especially background music, play a key role in thrillers. Since you have watched the final copy, what is your take on the BGM?

OTT can’t be a match to the sound system of the theatre. The quality of sound is different on streaming sites. But if you go for headphones and a home theatre experience, the user experience improves vastly. As for ‘Nishabdham’, both music (by Gopi Sunder) and background music (by Girrish Gopalakrishnan) are big assets.

Tell us about the director-producer duo.

Hemanth Madhukar comes with a lot of clarity of vision. He knows what he wants from his actors. It’s because of him that the output is so terrific. Kona Film Corporation and People Media Factory have set high standards for themselves. For an experimental film like this, they have spent without compromising anywhere. They are passionate and have a lot of daring.

Is this the final list of contestants of Bigg Boss 4?

The fourth season of the most popular reality game show Bigg Boss hosted by Ulaga Nayagan Kamal Haasan is all set to begin on October 4 on Vijay TV, and fans of the show are eagerly waiting to watch the show.

There have been numerous speculations on the list of participants of this entertaining show, and in the recent times several stars have been issuing denials on the rumours on their participation as well.

Now, days before the start of the show, here’s a list of the most probable contestants of Bigg Boss 4: 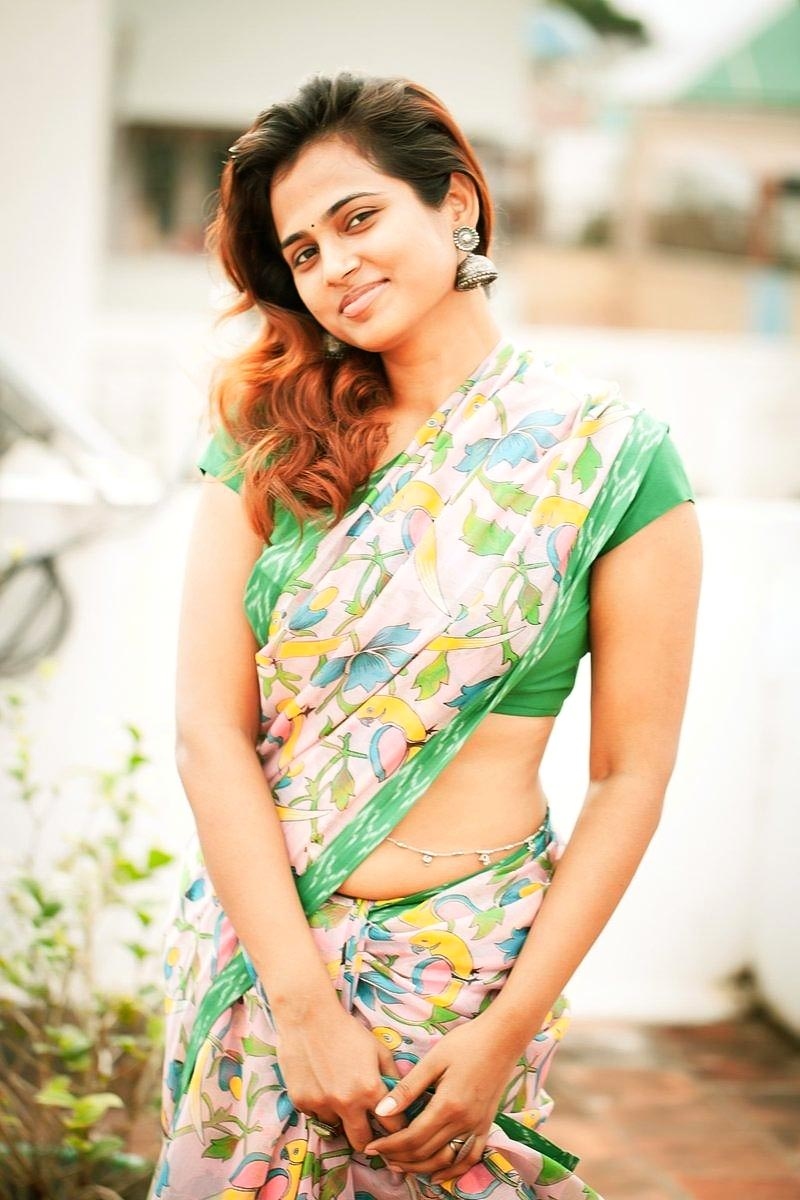 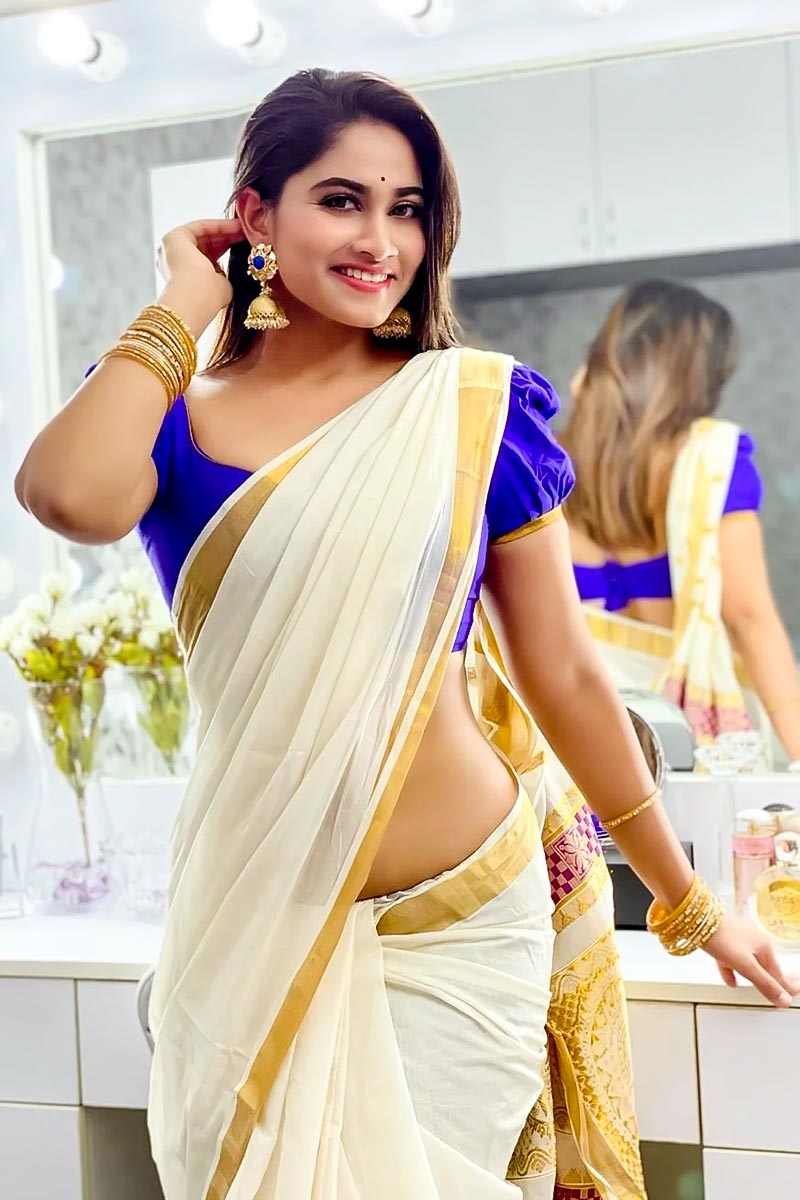 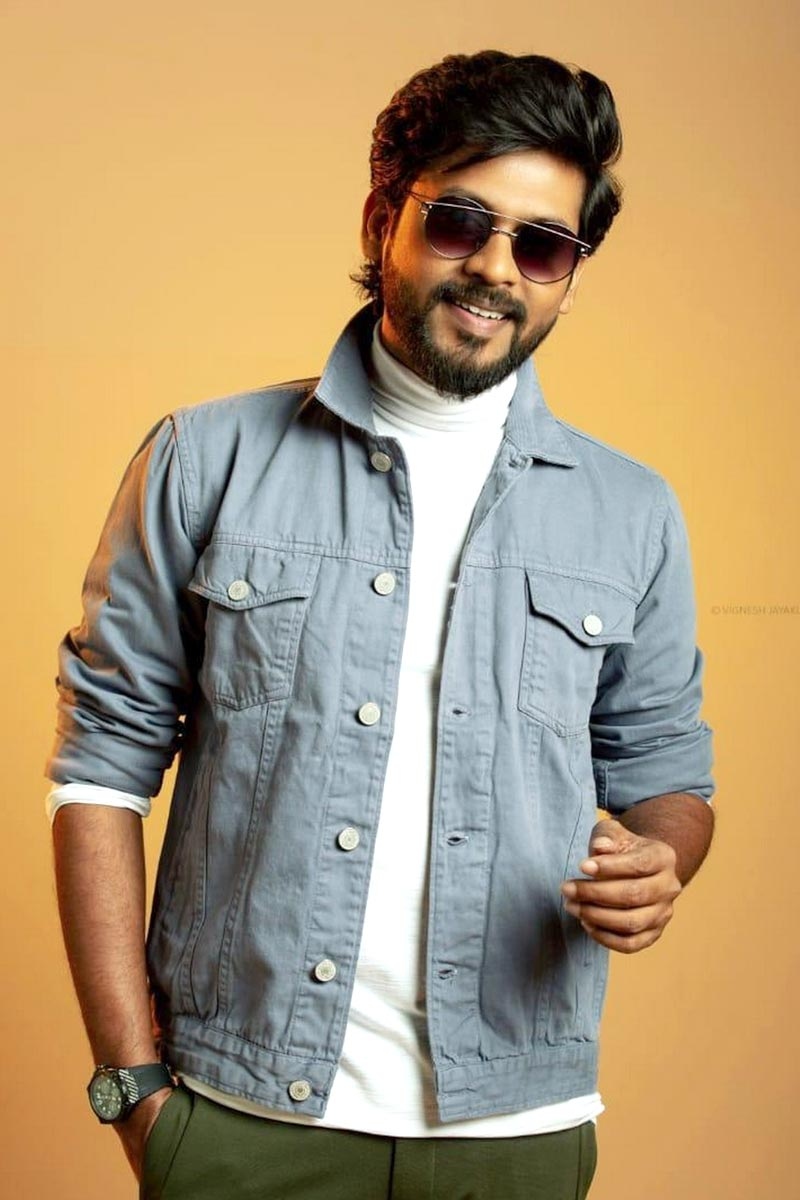 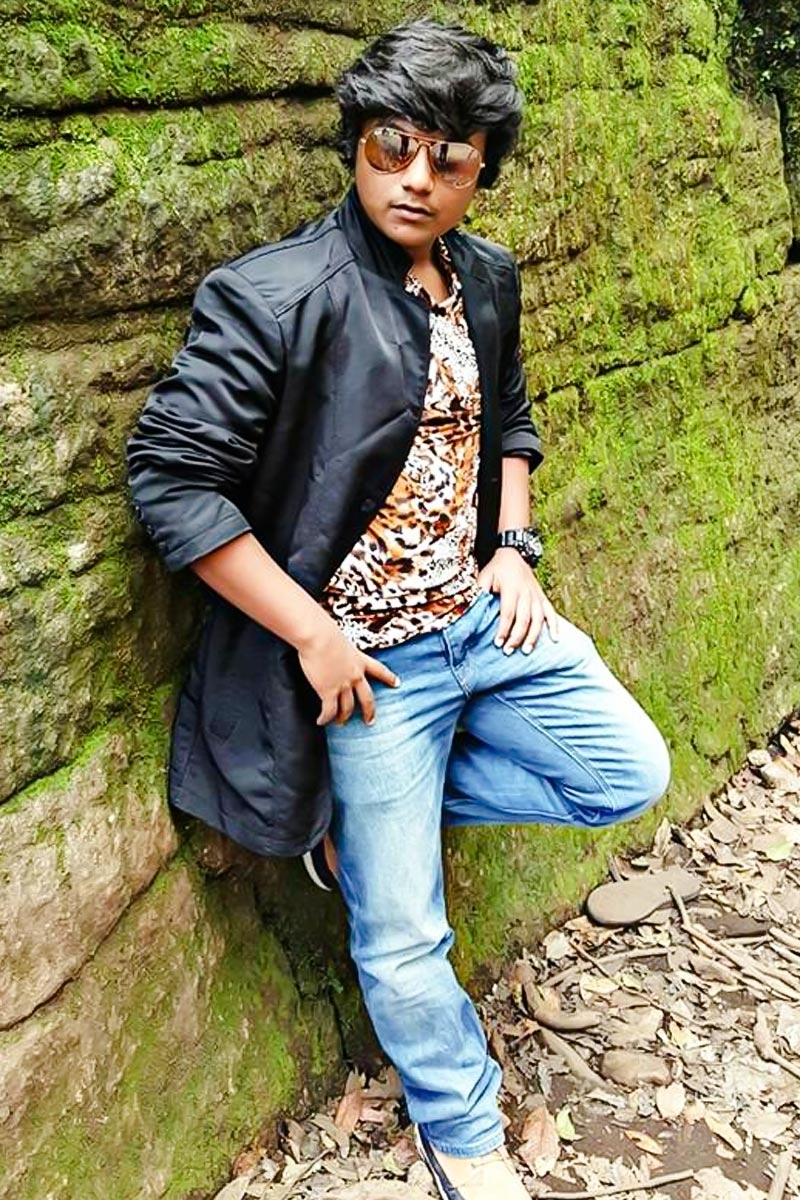 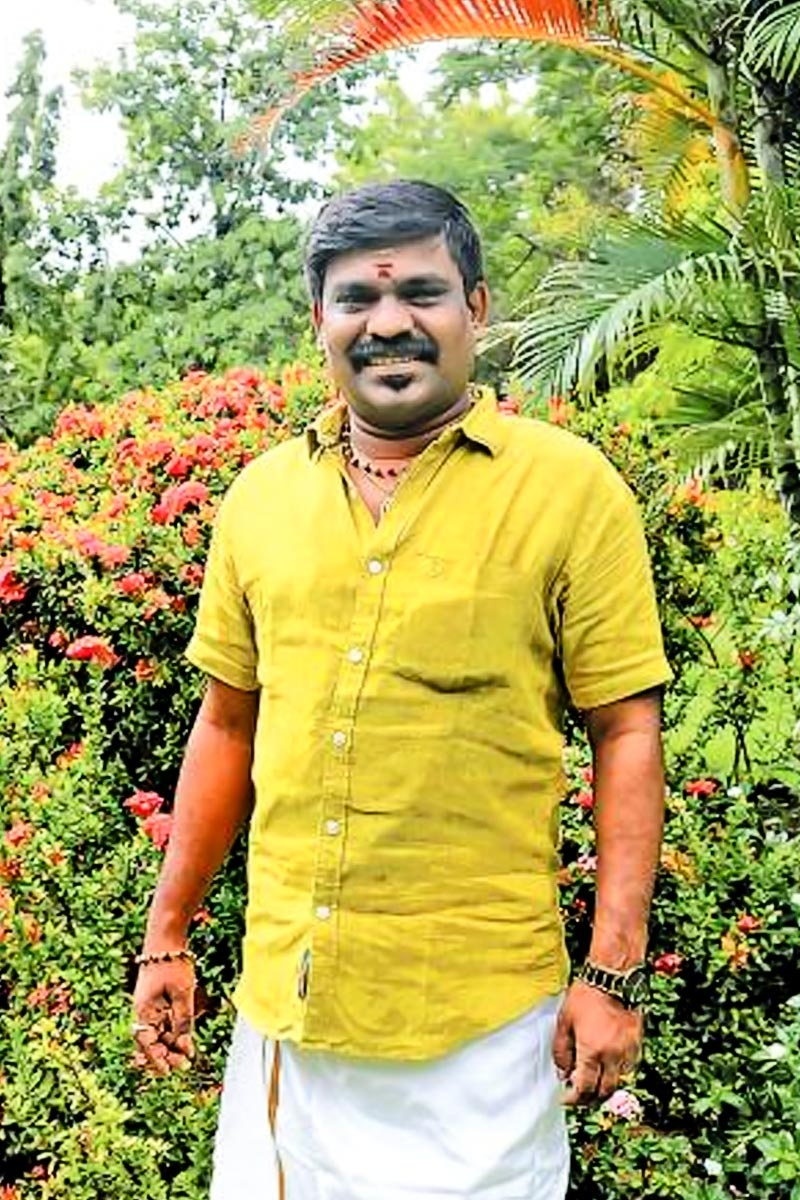 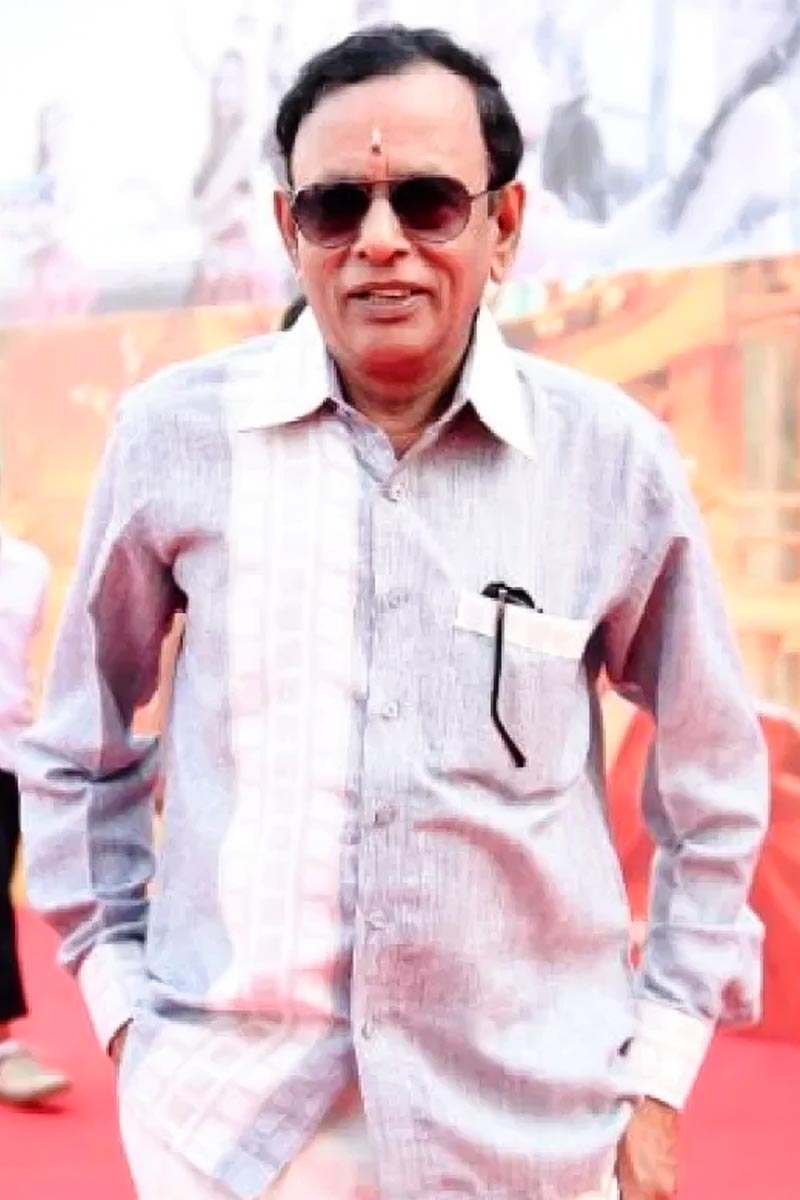 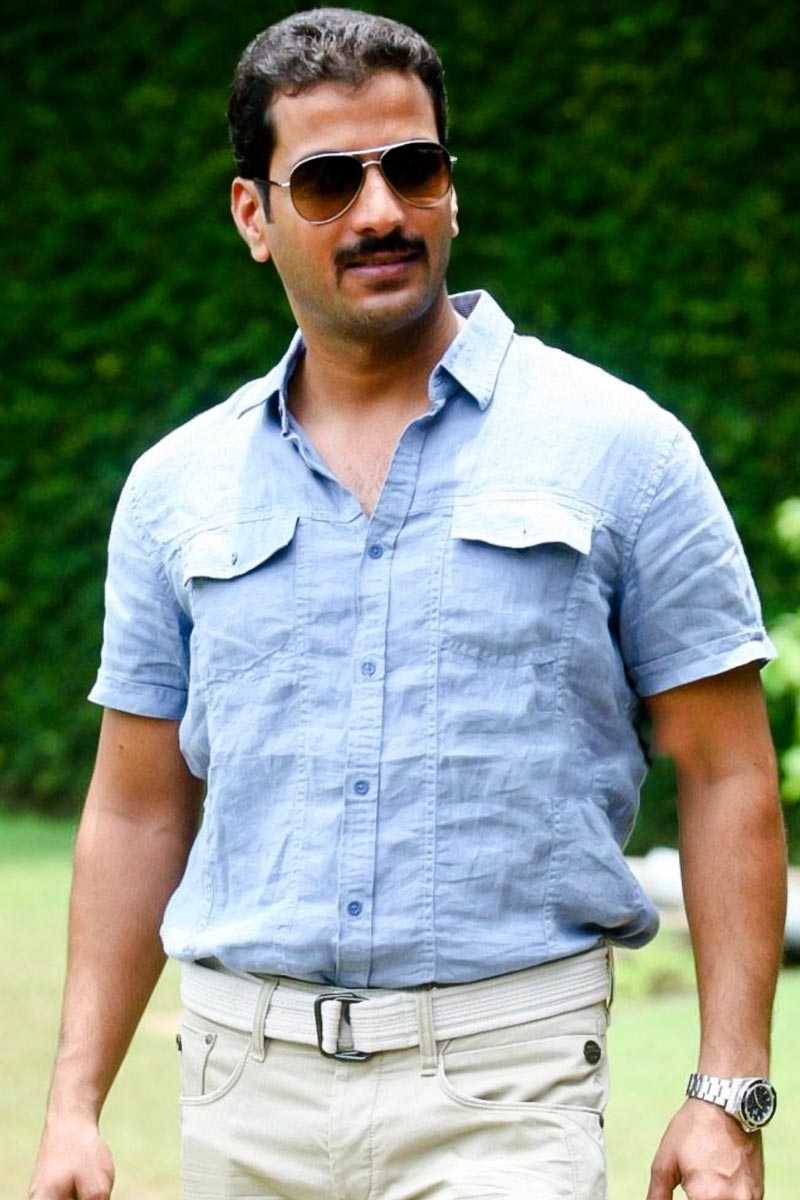 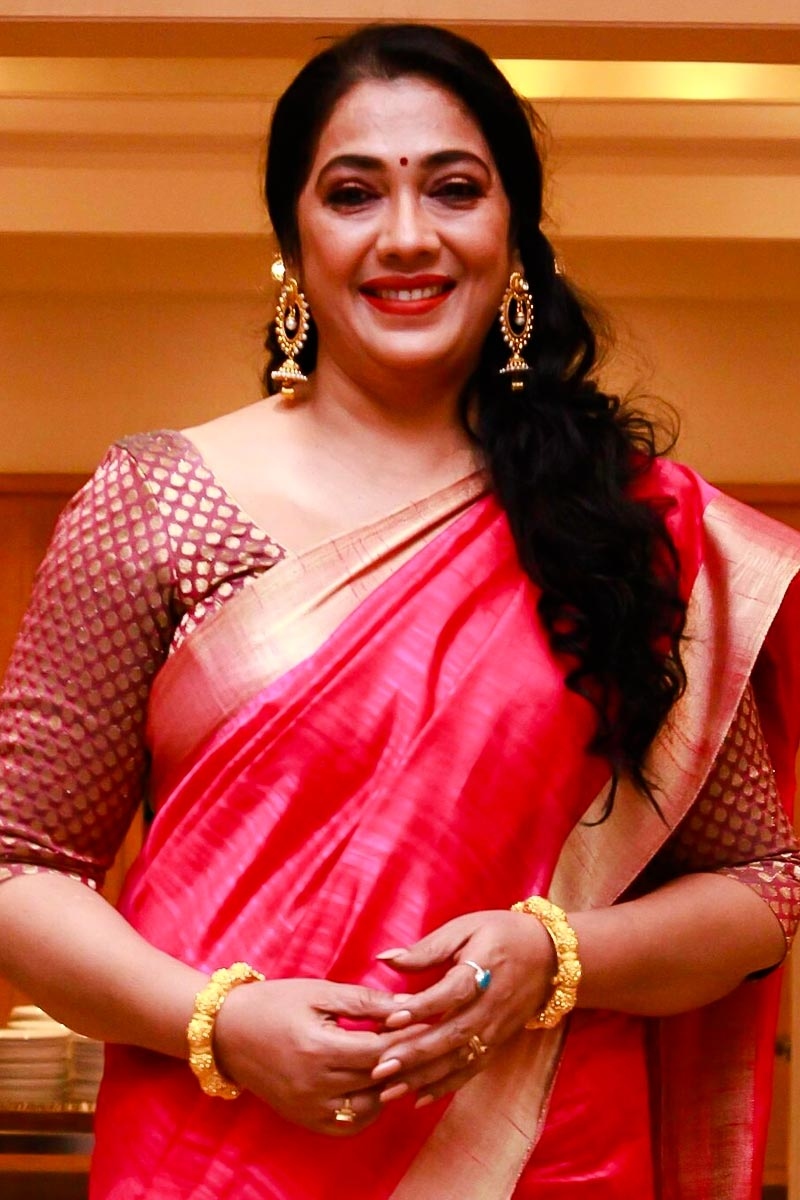 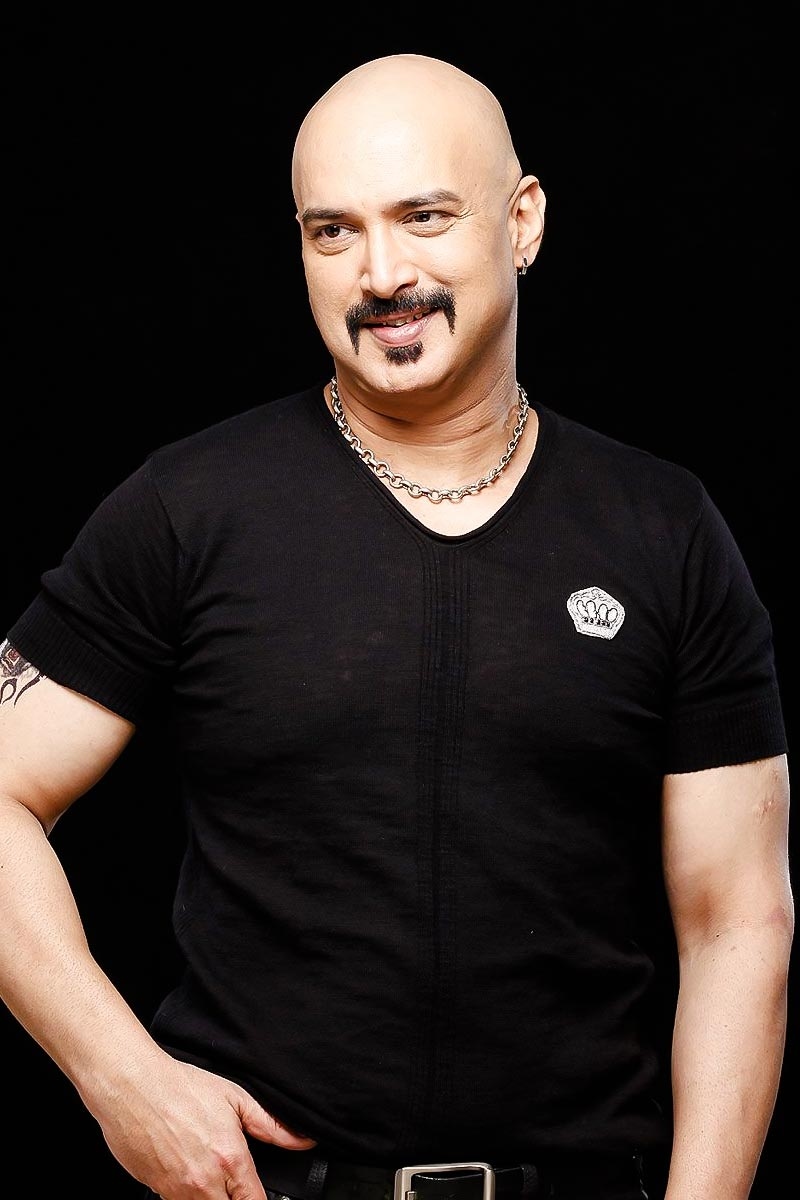 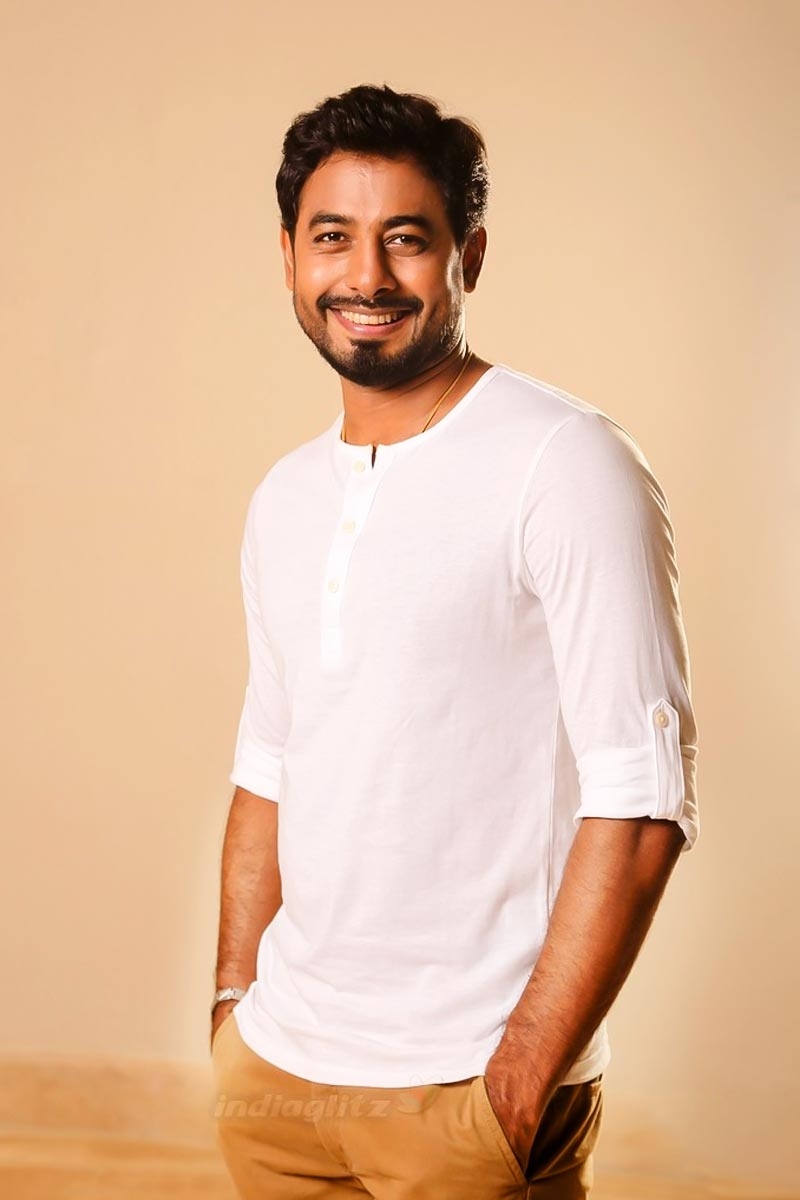 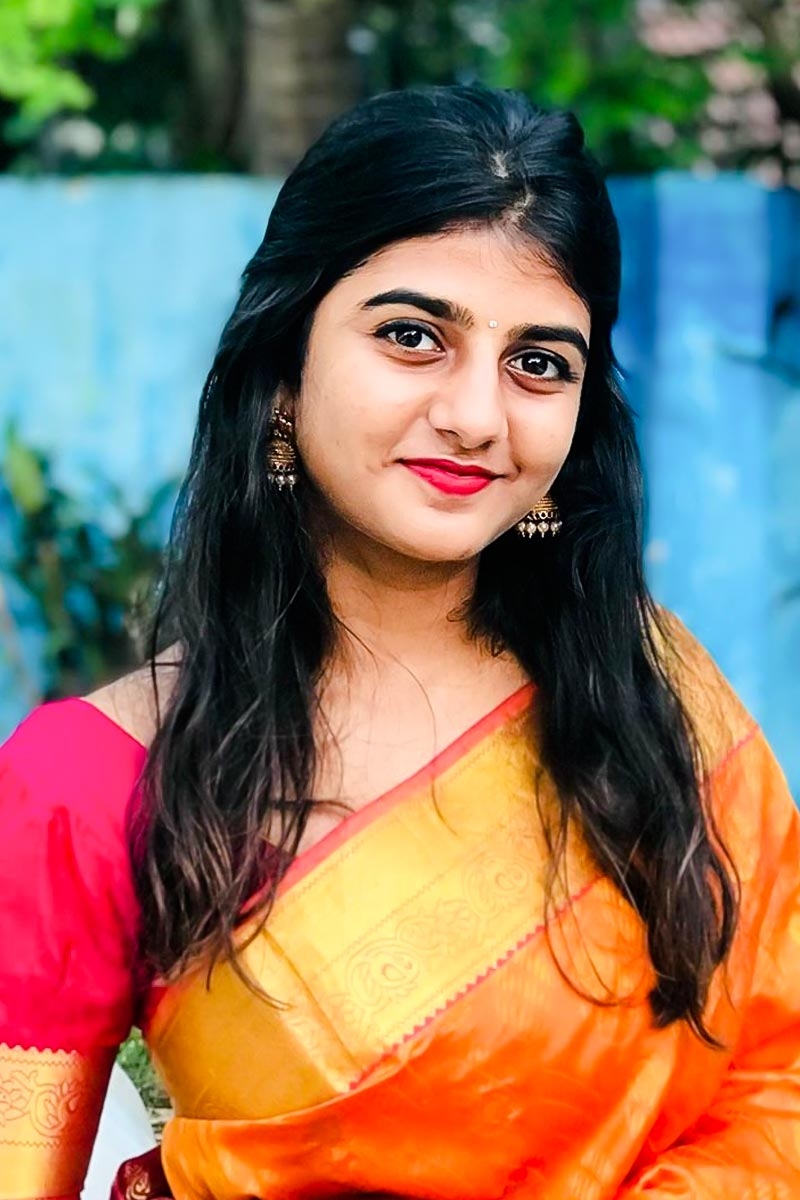 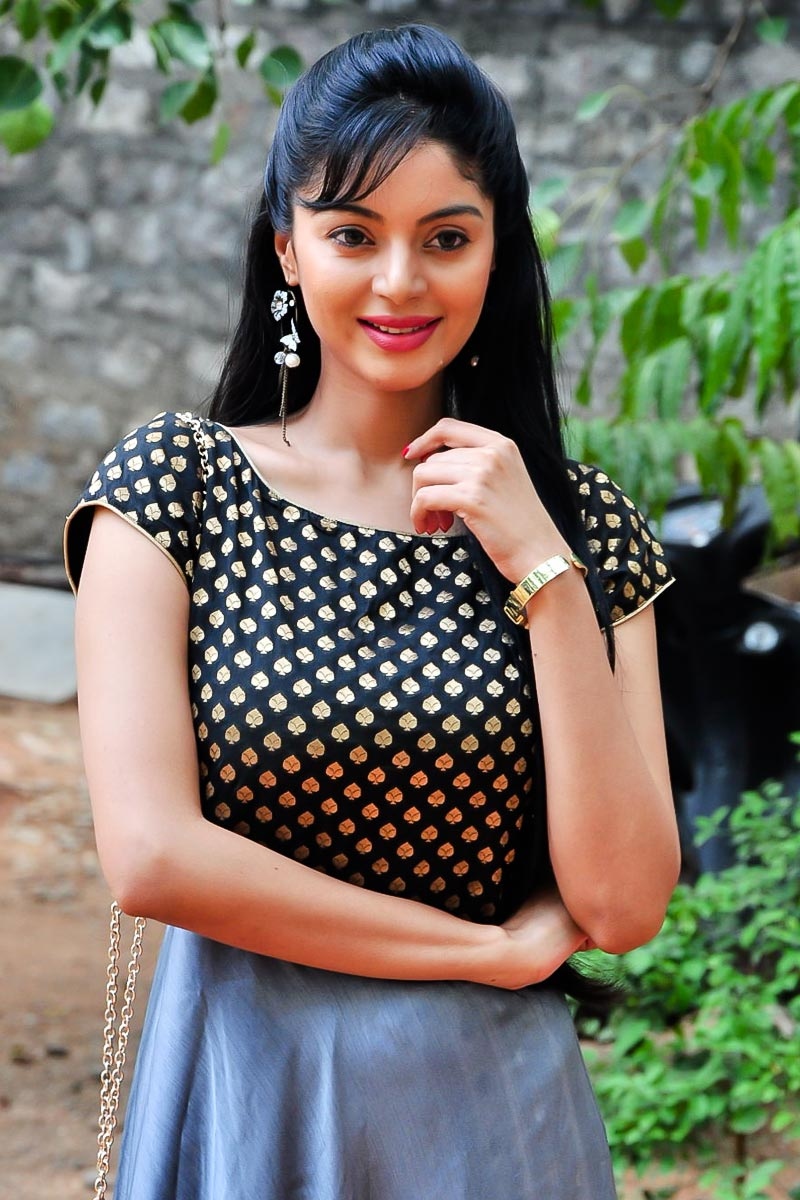 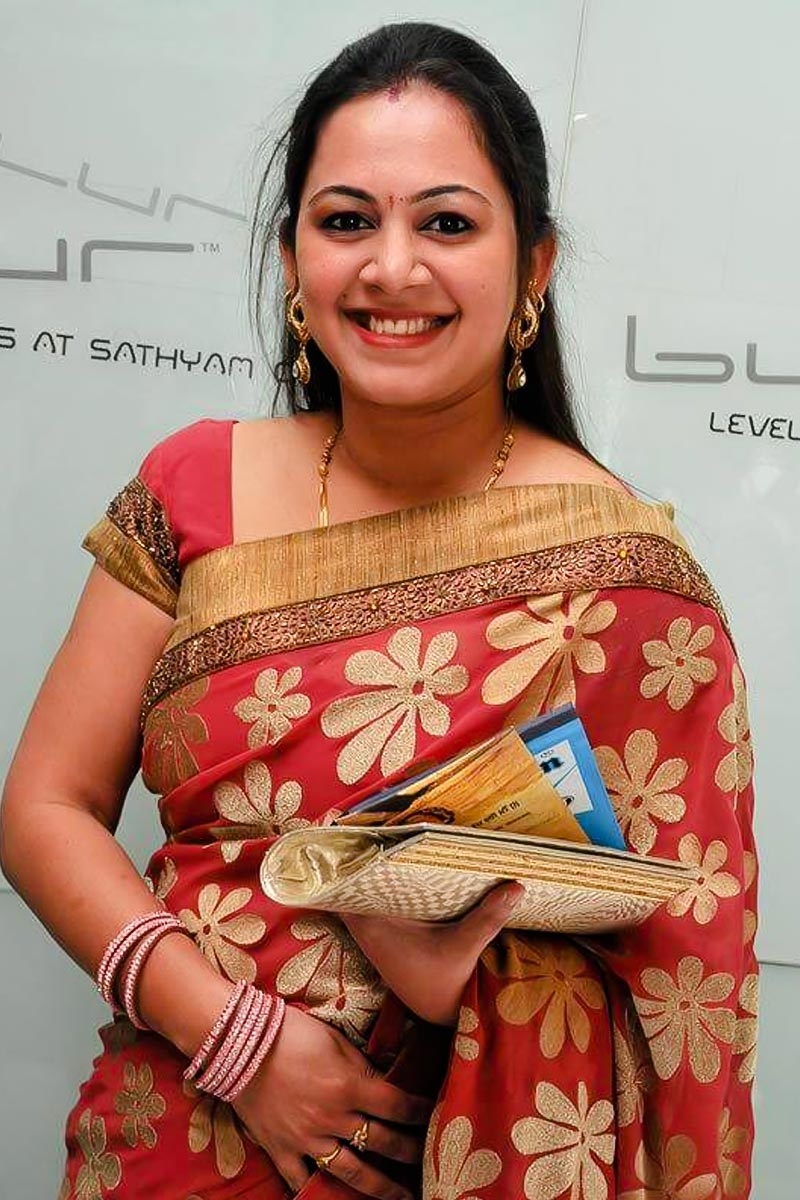 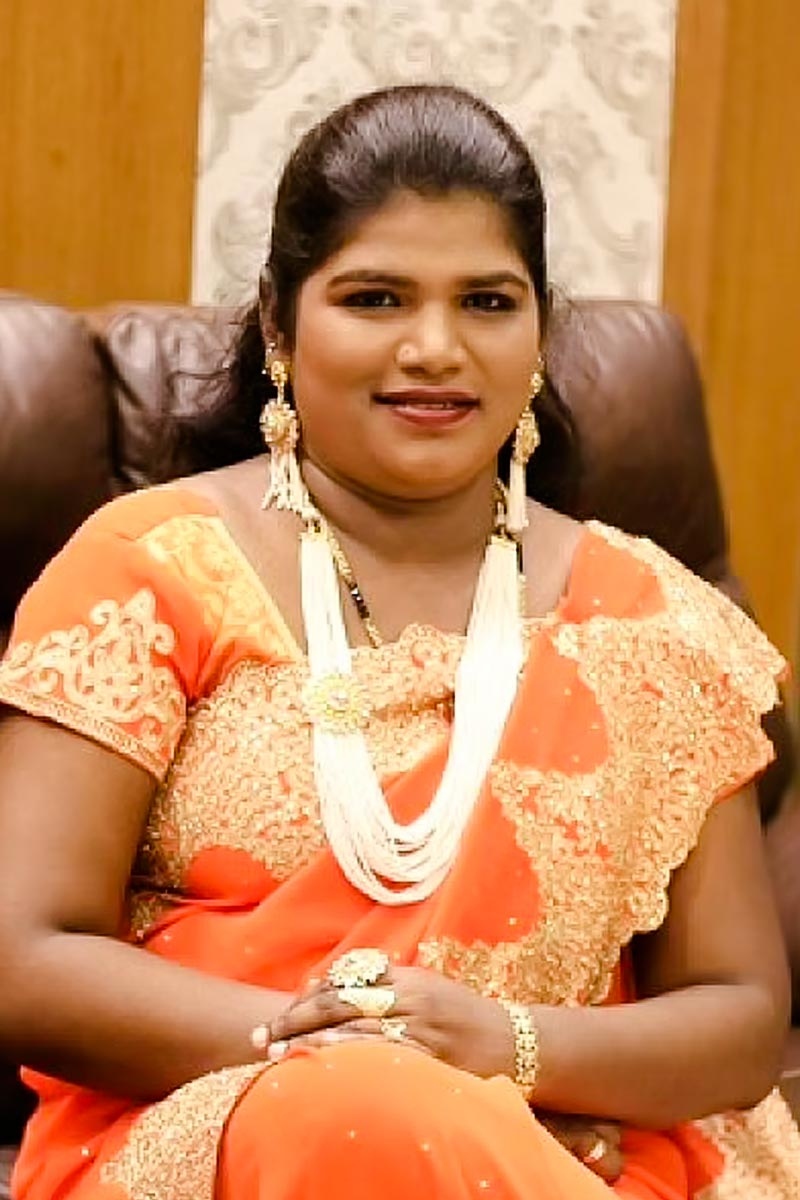 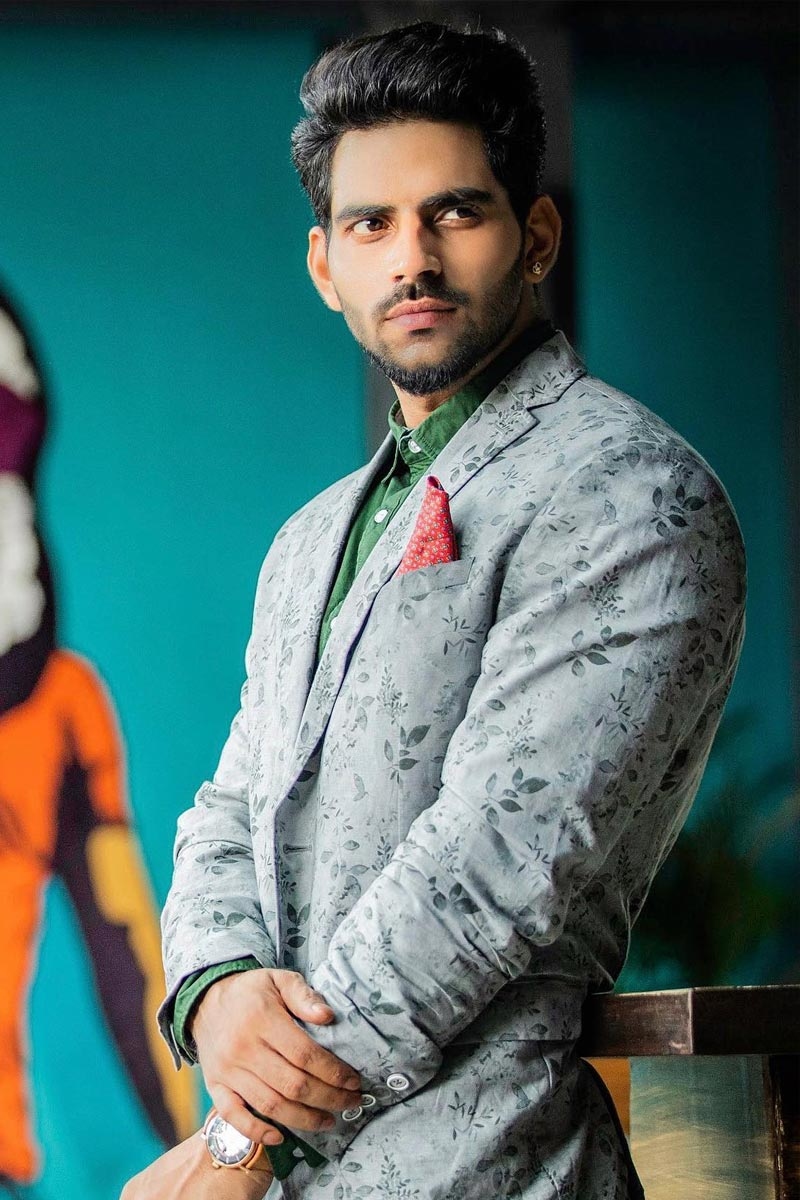