There have always been fan requests to singer Chinmayi Sripada for personal song dedications, but it was only during the Coronavirus pandemic that the talented singer started taking it up with the gesture serving the needy as well.

During the last few months of lockdown, Chinmayi has been doing song dedications and wishes and has recorded more than 3,000 videos which has helped her collect a massive Rs 85 lakh. 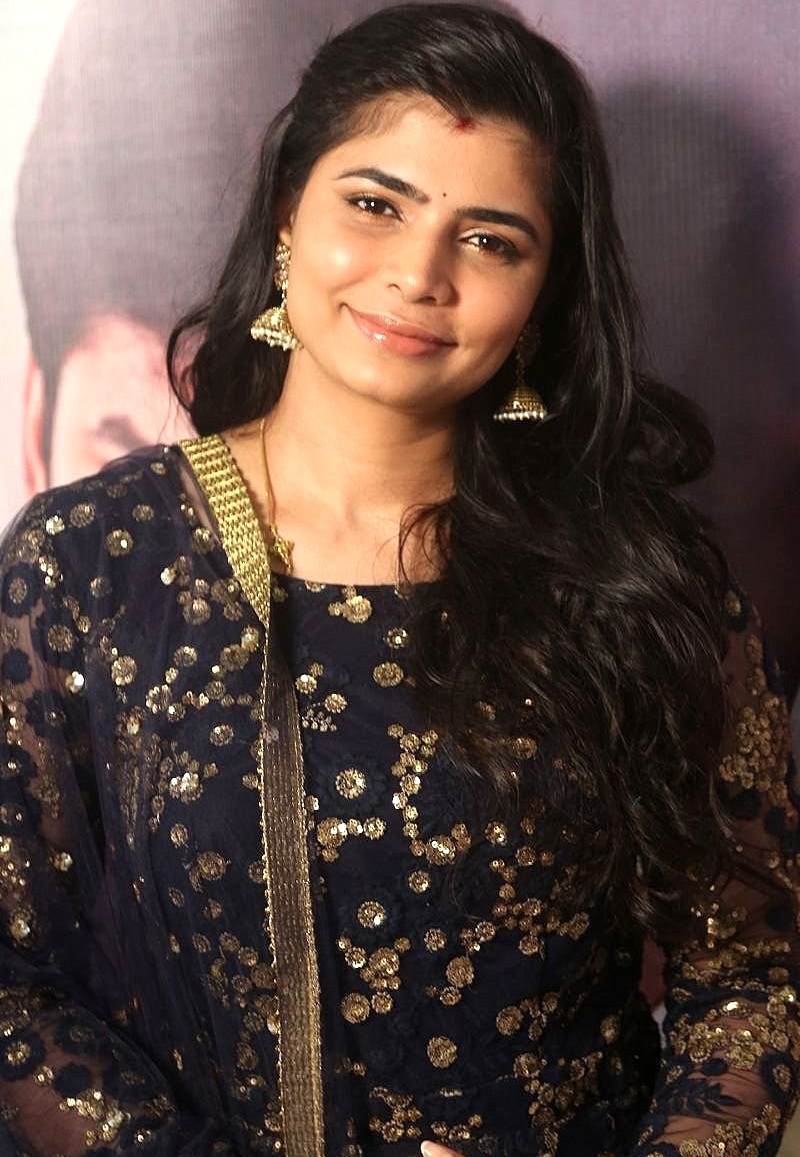 Chinmayi, who saw the plight of light men and other people associated with film industry without work was approached by a government school teacher working for children with learning difficulties for help, and the teacher also gave Chinmayi a database of 800 families. Many of the parents were daily wage earners, and Chinmayi started putting social media posts on doing personal song dedications and wishes in exchange for a donation for the needy. The singer used to record as many as 75 videos in a single day and donations range from as Rs 27 to a huge Rs 1.5 lakh. Though the lockdown has ended, Chinmayi is planning to continue the initiative to help many more people.

I&#39;ve sent out over 2500 videos of personalized song videos to Tamil & Telugu people around the world, raising about 75 Lakhs in money & groceries.
Yesterday I did a fundraiser concert with Ladies Circle India – Area 7 sending funds directly to Kaniyankoothu Folk Artistes.

Mahesh Babu hails less-known film personality; Find out who he is!

Episode starts with Suman and Shravan having an eye contact. Both remember many flashbacks where they spent good time together. Veer tells Suman how he is the one who saved him and he promised me that he will come to save me and you are officer so you will keep your promises right? Shravan says yes, I will, infact everyone should taunting Suman. Suman then thanks Shravan. He says captain Shravan. Suman says okay, thanks Captain Shravan.

After coming back home, Suman’s chacha chachi get to know that Shravan has saved Veer, they think of thanking him but Suman says I have already no need to do it again and again. They think what is all this we can’t even thank the person who saved our son.

Shravan and Suman both are driving and getting flashbacks about good old days. Suman has a chewing gum as she is frustrated with the memories. Then Suman reaches to Bikram, the lawyer handling his dad’s case. Bikram briefs her about the case, then he asks if Suman has to go somewhere, Suman answers yes she needs to go to cant.

Bikram says you were on holiday right? Suman says yes but the practice of working doesn’t go so i volunteered. Bikram says wow you handle so many things, how will you give space to someone you love then. Suman says love is like respect it happens with time. Suman then says she knows he is talking about himself. Bikram says he is really impressed how she is straightforward and he hopes they know about each other more in these vacations. Suman says yes, but dont hope too much. Then she gets some flashes and leaves.

Shravan is in cant and is talking to the head. The head is saying I know about your stories and daring attitude. Suman enters and the head introduces them both. They both shake hand as part of formality. Then Suman also gets to hear some of Shravan’s daring stories from head. Then she asks how did he join army.

Shravan says I fell in love unexpectedly with my country. The head says yes that is the real motivation. Then the head passes Suman the report of Shravan. Suman suggests MRI and physical therapy. The head asks Suman to give some medications too. He then leaves. Suman is prescribing medicines to Shravan. He says it’s not shocking that you are a doctor but it was shocking when I heard you are taking interest on why I joined army. Suman says I know the answer tk that, you just want attention and you want to show off.

Shravan says you should have been a better judge, you judged me without even knowing anything. Just then Shravan get’s a call and it’s his dad. They talk about the ongoing case and Shravan talks in a taunting way. Suman gets irritated. Shravan reminds Suman of the court date. Suman says I knew that, I guess like your case, your lawyer is weak too that’s why he informed you so late. Suman then gives the prescription and says do the MRI, positively. Shravan is leaving when he sees the tank he gifted Suman earlier. He is surprised Suman still has it. Suman notices and calls a peon and gives him the tank and says it’s no use to her so take it.

Precap – Suman is dressing Shravan’s wound and is careful. They both get nervous. Shravan says he needs to shift so not let this medical procedure delay. Suman says he will do her duty and doesn’t care about his plans.

Mayaanadhi pair is back again!

After tasting success in their first collaboration for Aashiq Abu’s romantic tale ‘Mayaanadhi’, actors Tovino Thomas and Aishwarya Lekshmi are teaming up again. Titled ‘Kaanakaane’, the movie will be helmed by ‘Uyare’ director Manu Ashokan. 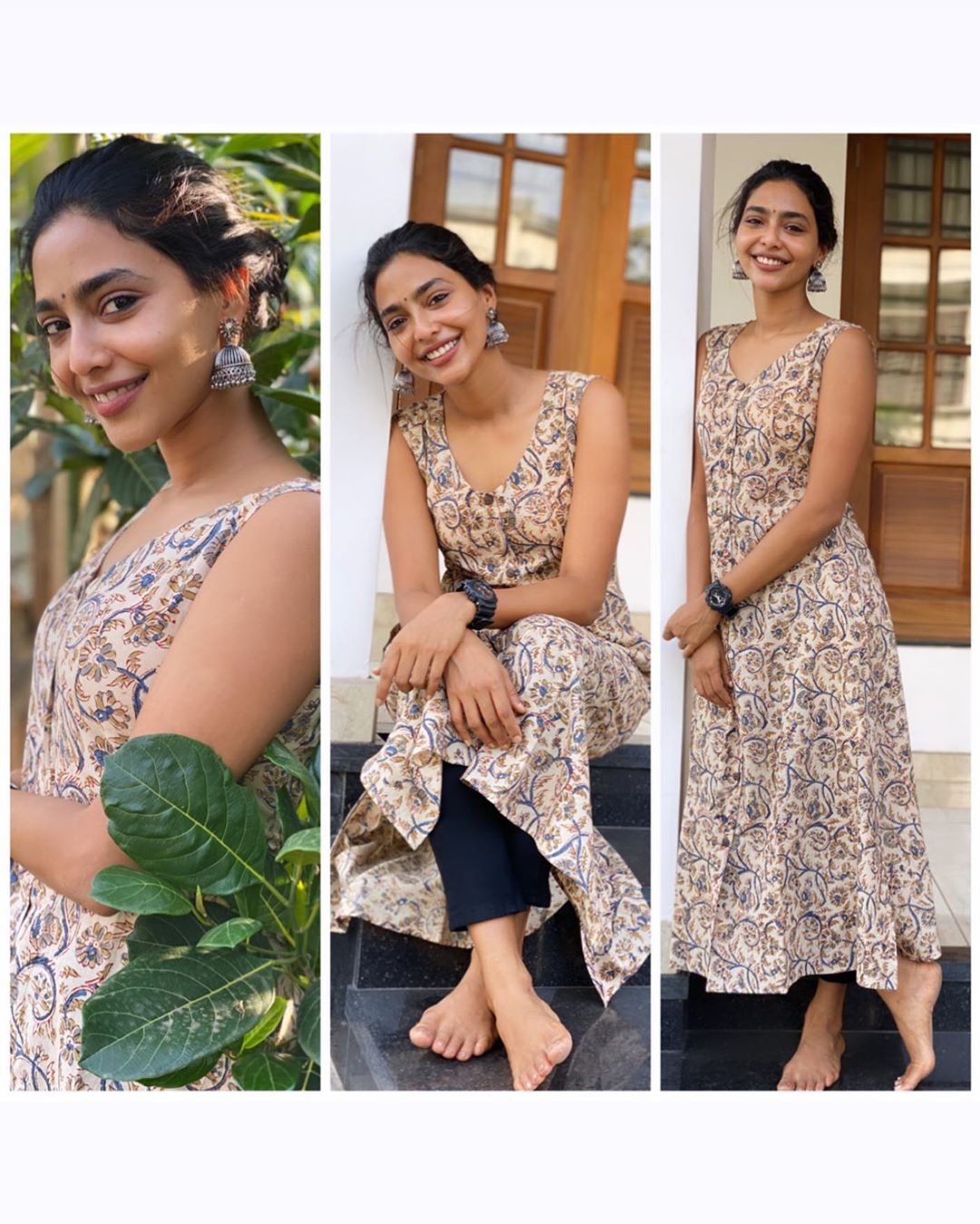 Touted to be a crime thriller, the movie will also have Suraj Venjaramoodu, Prem Prakash, Shruti Ramachandran and Rony David Raj in major roles. As the hitmaking scriptwriter duo Bobby and Sanjay are teaming up for this thriller after 7 long years, expectations on the movie are already sky high. Check out the first look poster here – 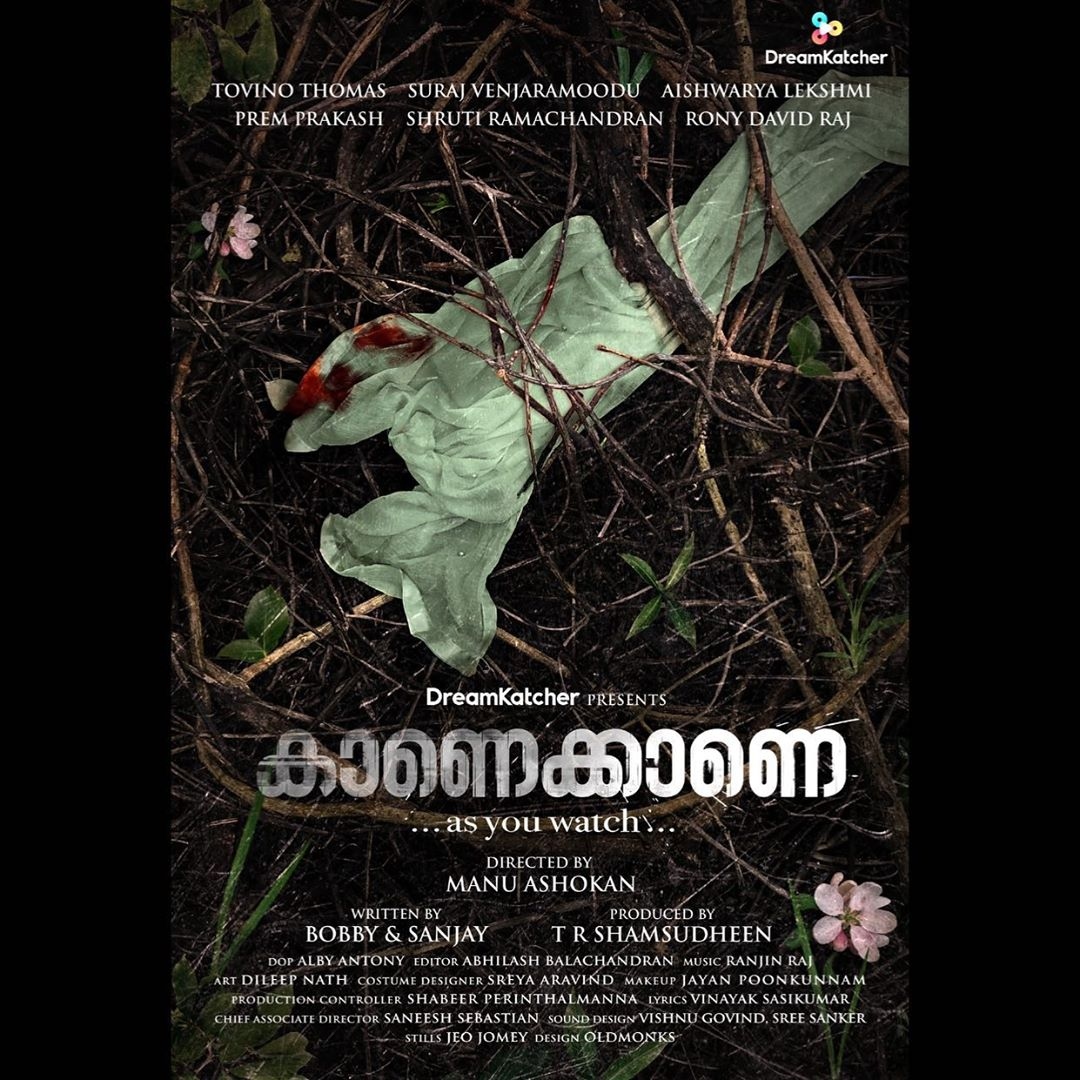 On the technical front, the film has Alby Antony as the cinematographer and Abhilash Chandran as the editor. Music is Ranjin Raj of ‘Joseph’ fame. The movie is expected to start rolling soon. 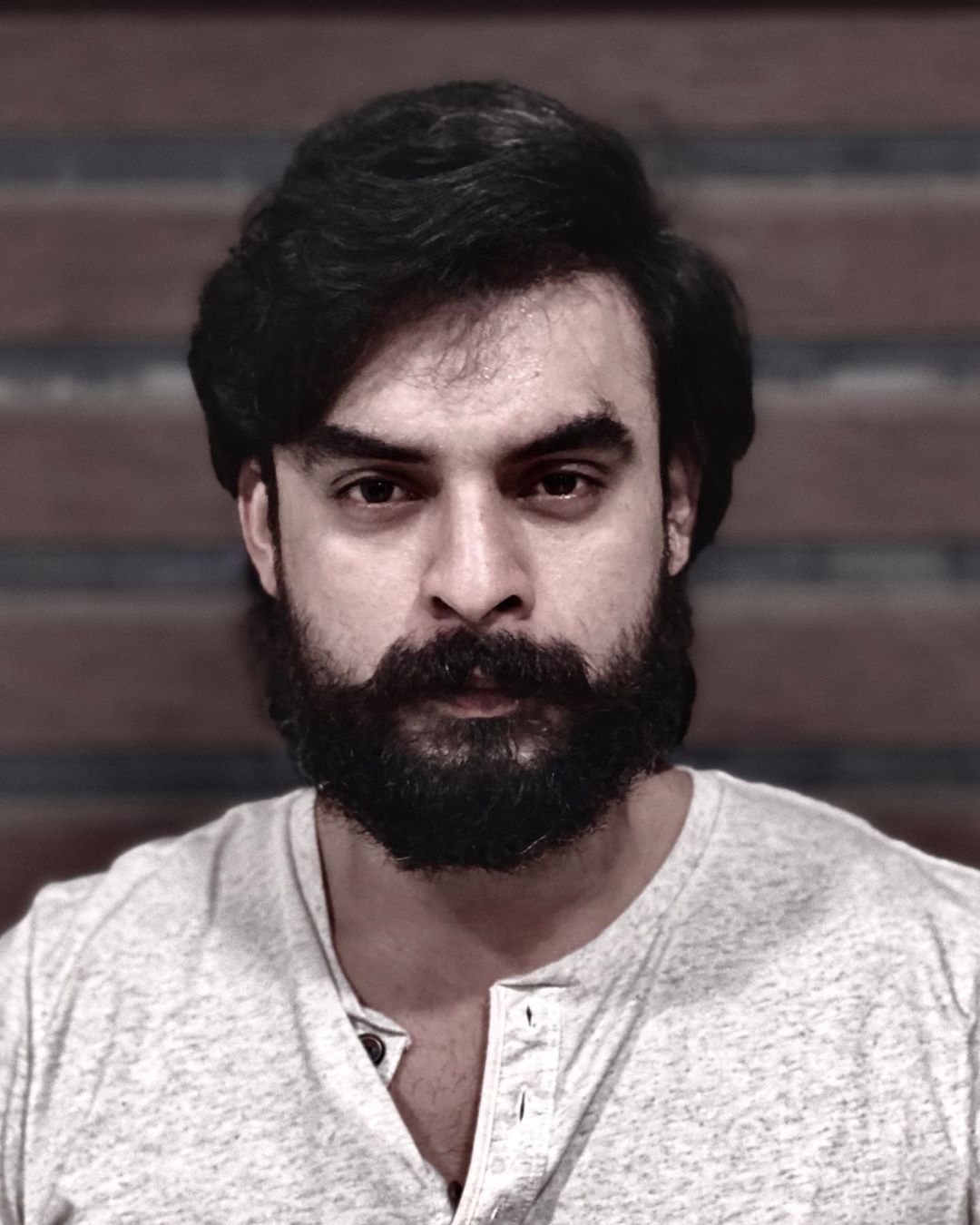 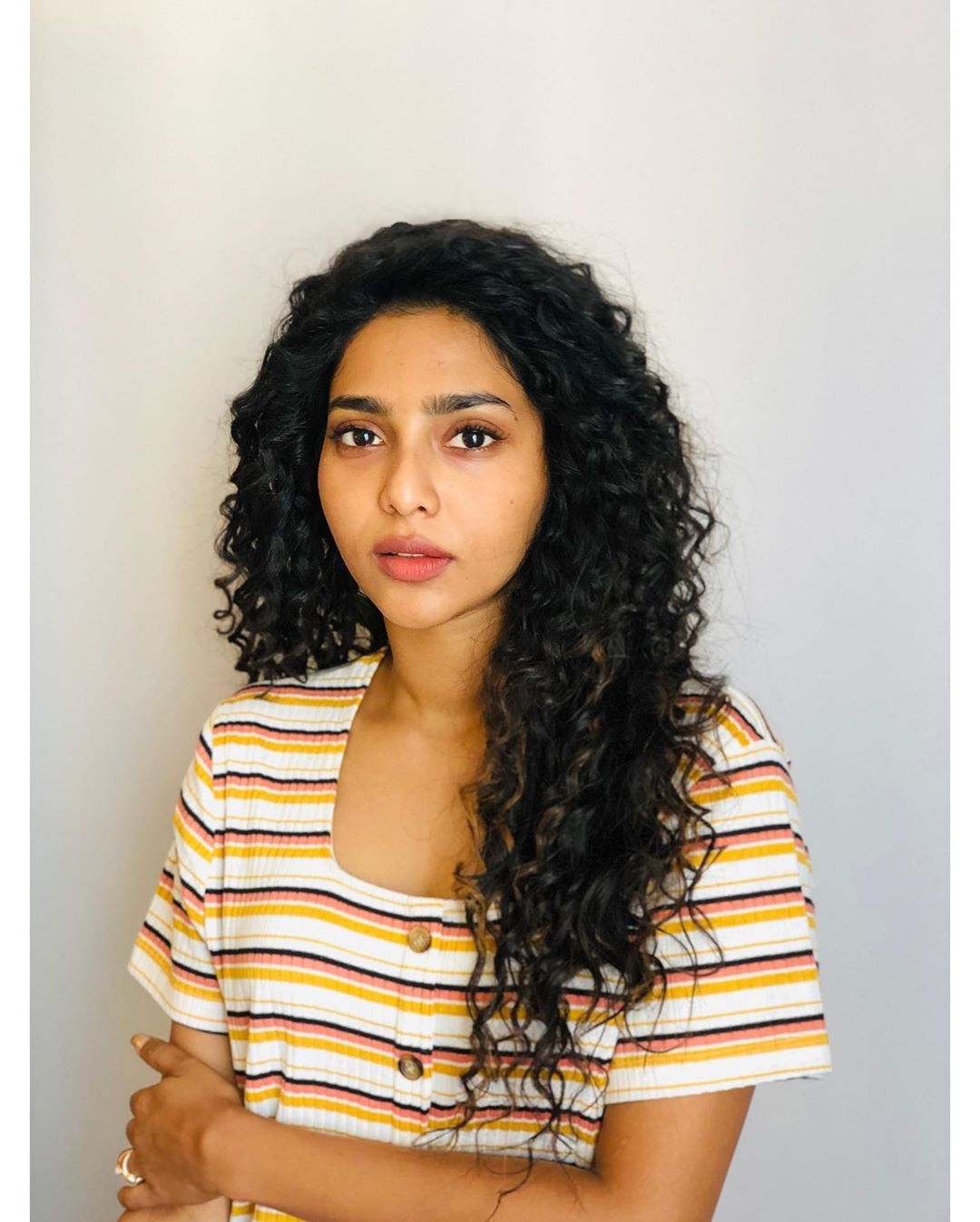 COVID-19: After actor-politician Vijaykanth, wife gets admitted to hospital

Last week, Tamil actor and DMDK leader Vijayakanth was admitted to a private hospital in Chennai after he tested positive for coronavirus. He has been asymptomatic and stable.

On Monday night, his wife Premalatha was admitted to the same hospital after she tested positive for Covid-19. Her condition is stable and she too seems to be asymptomatic.

Premalatha, who is a Treasurer of the DMDK, has been admitted to the same ward where Vijaykanth has been treated.

As for Vijaykanth, he is responding well to routine non-invasive care as per the MIOT International Hospital.