Adah Sharma’s new short film titled, Soulsathi is all about finding love who also appreciates your soul. We see Adah as Preeti, who had been meeting suitable suitors for an arranged marriage at the nearby coffee shop. She often goes there to meet different men but all fail to notice her soul, which is sitting right next to her.

Fed up of the meeting unappreciative men who only have eyes for her physical appearance, Preeti is ready to give up when her mother tells her to meet one last guy because she has a good feeling about him. Soulsathi also stars TV actor Sehban Azim in a pivotal role.

Preeti and her soul in the short film are seen as two different identities. Both believe in finding an ideal match as much as her mother does, but are disappointed when no one notices the soul. Preeti’s soul explains to her mother that, she could see the both of them since childhood, similarly, she needs a partner who can see her or else her soul will feel left out for the rest of her life. Take a look at the trailer:

While talking about the short film, Adah shared in a statement, “I truly believe that kahi na kahi Koi na koi tumhaare liye bana hai (there is someone somewhere for you), and it is destiny that makes soulmates meet. Preeti in our short film ‘SoulSathi’ looks for her ideal match, and I think every girl will relate to the film — especially, girls looking for boys in the arranged marriage or those who have been on blind dates.”

Soulsathi is available to stream on Eros Now from September 14.

Dhruv thanks Nutan and says he knew she would agree for wedding for his happiness. Nutan says she is okay with anything for his happiness. Sonali says if prewedding rituals will continue. Dhruv says yes and let us rock. Sonam excitedly jumps in happpiness and hugs Bua. Bua comments Nutan that this mad girl is becoming his daughter-in-law/DIL. Sonam says she will organize all the dress themes, it would be a fusion for both families. Shashikant says he didn’t understand her plan, but its good. He asks Dheeraj to open his suitcase to get his best dresses and asks Nutan to get her best saris and jewelry. Nutan gets into her room and checks her jewelry when Bua walks in and asks if she gave up and accepted Sonam as bahu. Nutan says she hasn’t and will try to break this alliance till the last moment. Bua praises her and peeps at jewelry. Nutan locks her jewelry and leaves.

Sonam decorates house for prewedding shoot. Ankita praises her skills. Sonam says she will give matching dresses for Ankita and Dheeraj and make them look like Virat and Anushka. Tanu says they look more like Ranveer and Deepika. Dheeraj says let it be, after years of marriage, wife looks like maid and husband like gardener. Sonam asks about Dhruv and walks to his room. She searches him and opens bathroom where he is bathing and shouts in shock. Dhruv hides his modesty nervously. She closes door and jokes that that there is no use now as she already saw what she has to see. He drapes toweel around him and walks out. She insists to tell what he is wearing for prewedding shoot. He says she will be surprised and locks door.

Amber adjusts his camera for prewedding shoot. His and Sonia’s nok jhok starts. Nutan gets angry, but Shashikant stops her. Sonam walks down wearing a beautiful dress. Everyone praise her. Nutan applies black dot saying she will not get nazar/bad eye. Dhruv walks down next. Sonam stands mesmerized. Dhruv asks how is he looking. Subhadra says handsome and applies him black dot. Ankita says he is looking like a prince. Nutan says he is a prince. Amber starts prewedding shoot. Sonam and Dhruv sit hesitantly at a distance. Amber asks them to come closer. Shashikant senses their hesitation and takes all elders away. Dhruv and Sonam them start shoot sitting closely.

Back to Nutan’s room, Bua continues brainwashing Nutan. Subhadra walks in and says she wants Nutan and her to exchange their saris to strengthen their bonds. Bua jokes if bhauji will wear samdhanji’s pant. Subhadra says she brought even saris and seeing Nutan’s face asks if she is still angry. Nutan says rituals are missing in her son’s wedding. Subhadra asks her to describe in detail. Nutan says dowry ritual, leaving Subhadra shocked.

Precap: Nutan demands 25 lakhs+ dowry from Subhadra. Bua praises her. She says she doesn’t need any dowry and is just frightening Subhdra to break this alliance.

Having a dog at home is a pure blessing. They make our world happy with their warmth, smile, love and care. From bringing you their toys to play, hugging you when you feel low, and taking care of you when you don’t feel well. These little four leged creaturs can’t speak like us but can show their affection like no other.

We at Hiptoro found these adorable pictures of dogs on the Internet and brought them together for you. Some dog owners captured their dogs while them showing true affection towards them.

So scroll down and if you don’t have a buddy to look after you, get one home soon.

1. “Bonnie put her favorite toy on my packed suitcase.”

3. “My anxious dog after making her first doggy friend”

4. “My daughter was born a week ago and my dog will not leave her side.”

6. “Lola, my grandmother’s dog, brings her blanket to you if she likes you.”

7. “My dog takes care of me when I’m sick, and he only sleeps when I’m sleeping. I took this picture right after I woke up.”

8. “My dog cuddling with her only newborn puppy”

9. “My fiancé chose my dog over me for a cuddle and my dog just rubbed it in my face.”

11. “How my daughter’s dog waits for her to get home from school.”

12. “This is how my new dog rode in my car after we left the shelter.”

13. “Find someone who stares at you the way my dog stares at my wife.”

14. “My girlfriend’s dog hugs me every time I come over.”

15. “My parent’s dog came to visit for the first time since February, and my golden retriever was so happy to be reunited.”

16. “My son broke his arm and ever since he came home, my girlfriend’s dog won’t leave his side.”

Esther Anil became a household name after her performance in the Mohanlal-Jeethu Joseph’s Drishyam won the hearts of critics and audience alike. Esther who made her entry to films as a child artist is now a gorgeous teenager.

The little diva recently shared a BTS video of one of her recent photoshoot sessions. 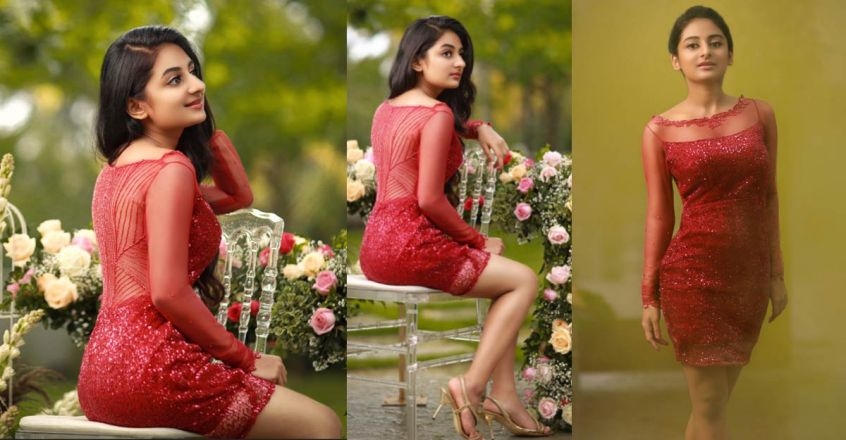 The video has the actress looking drop-dead gorgeous in red shimmer dress. Here are some of the pictures from the photoshoot! 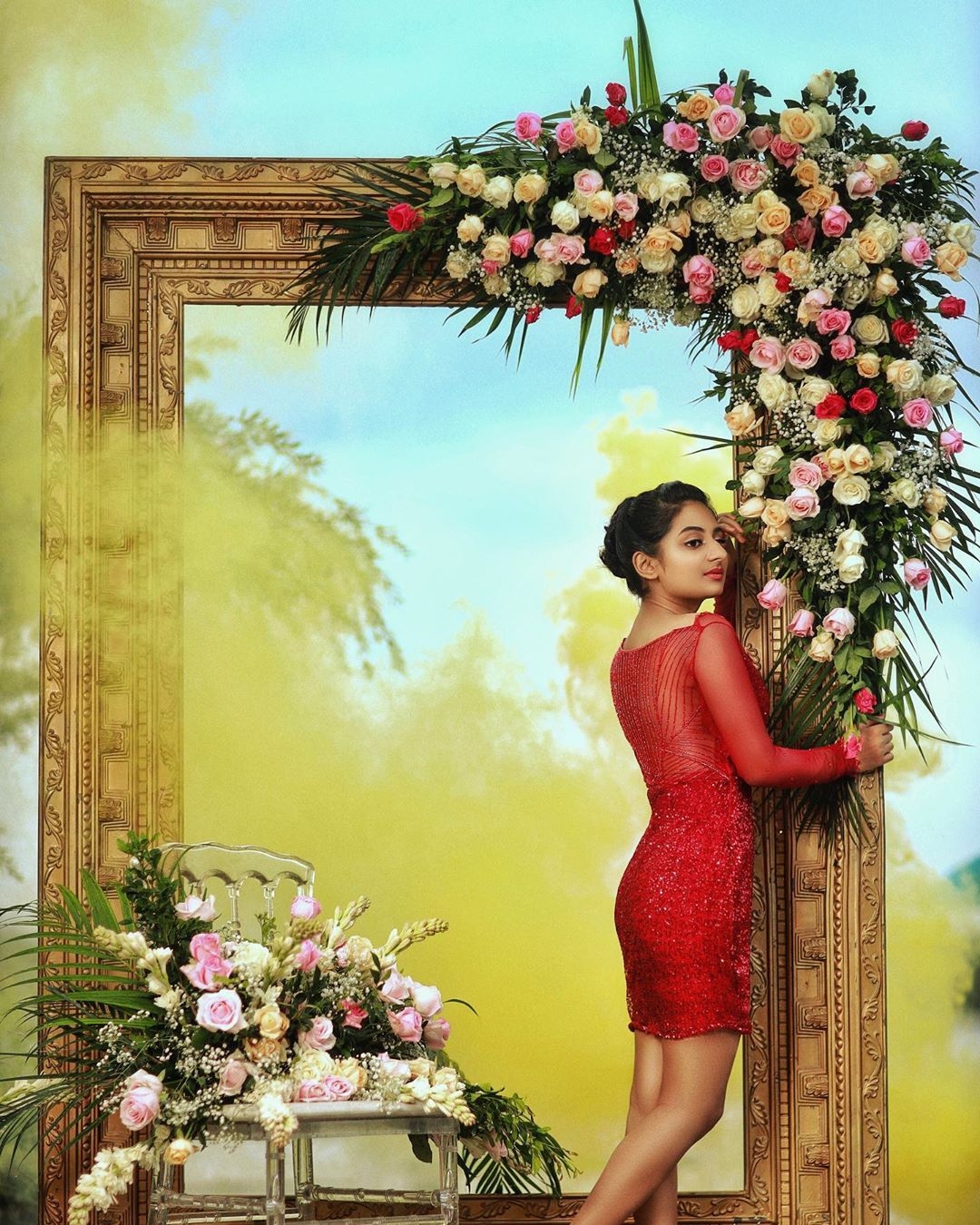 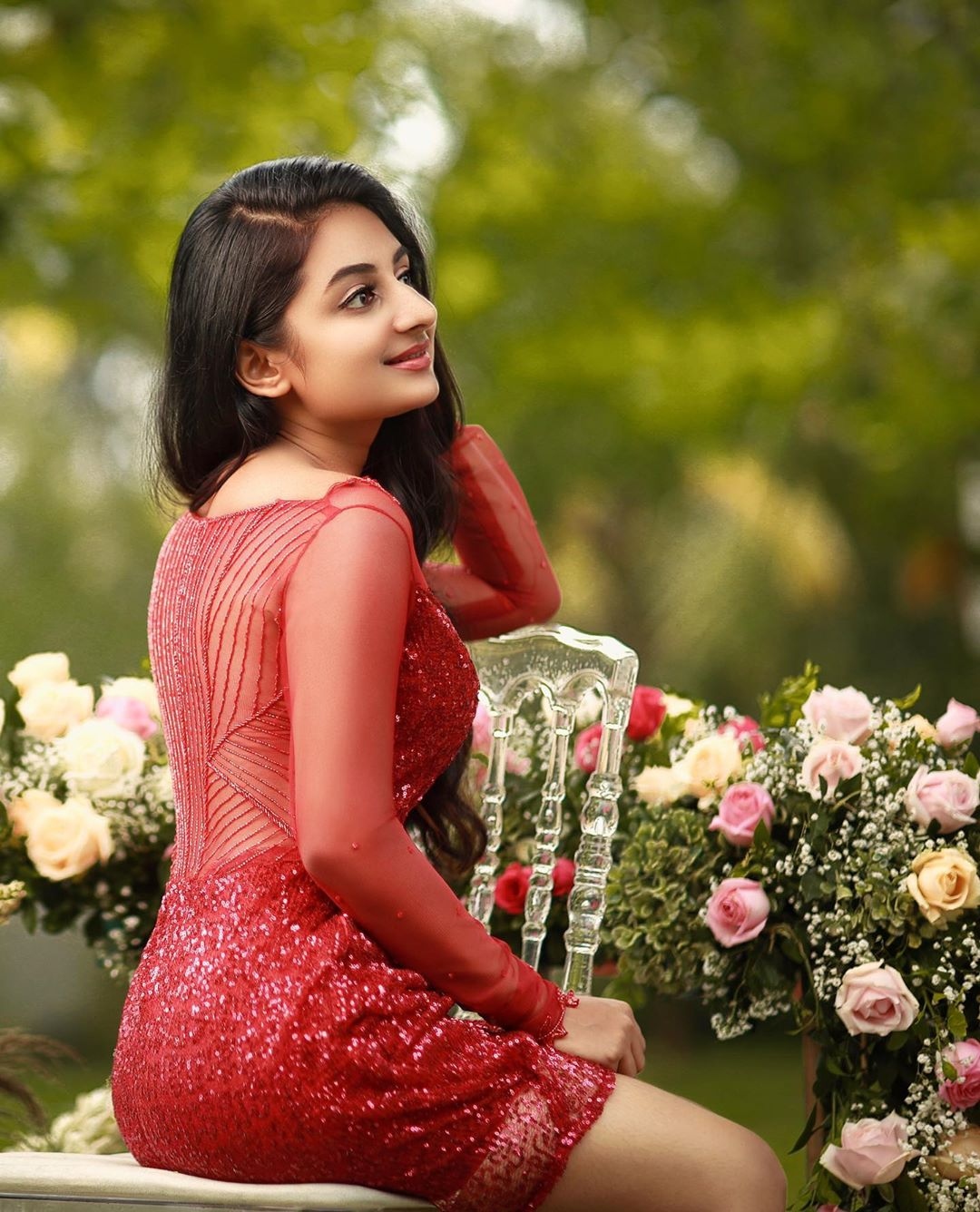 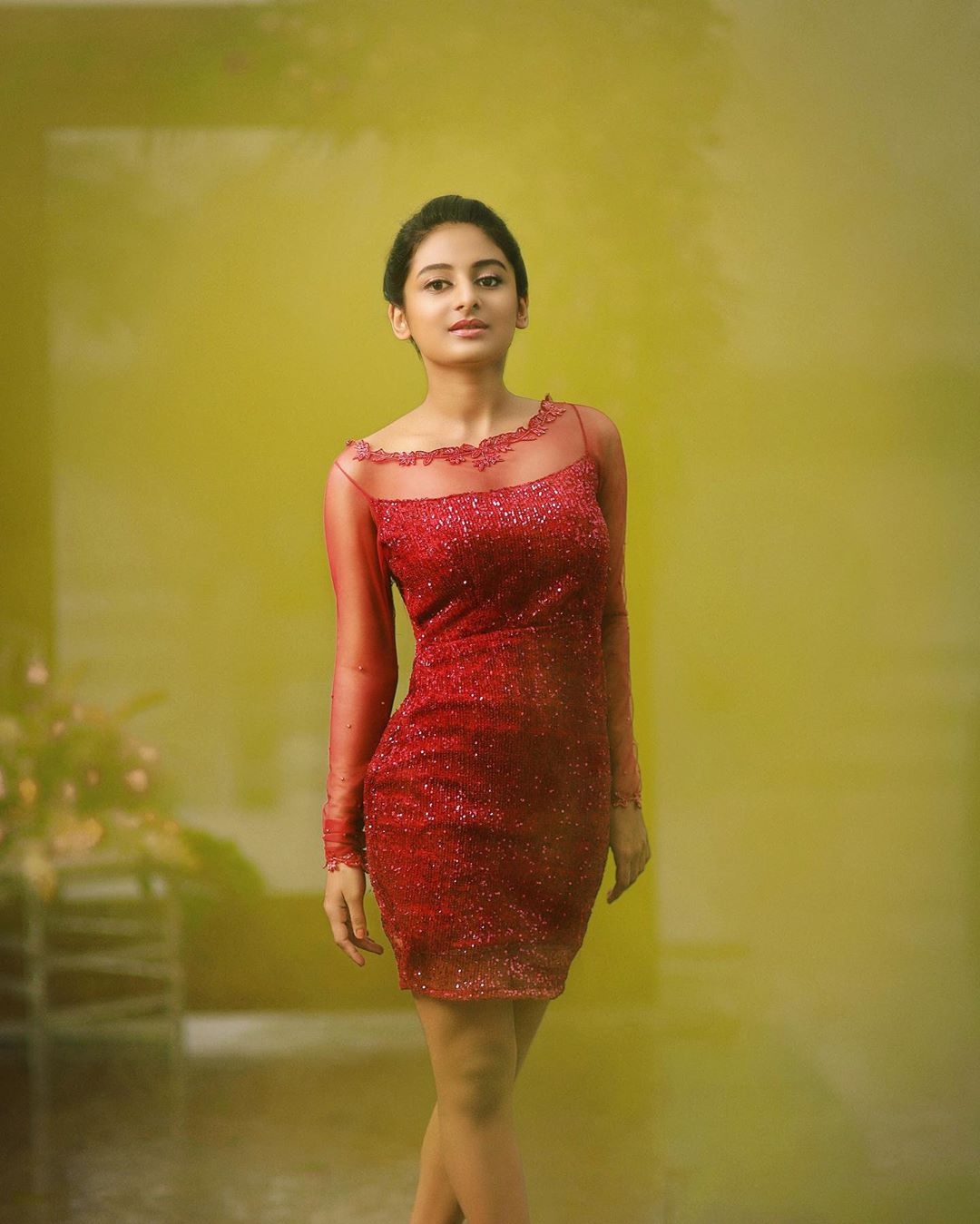 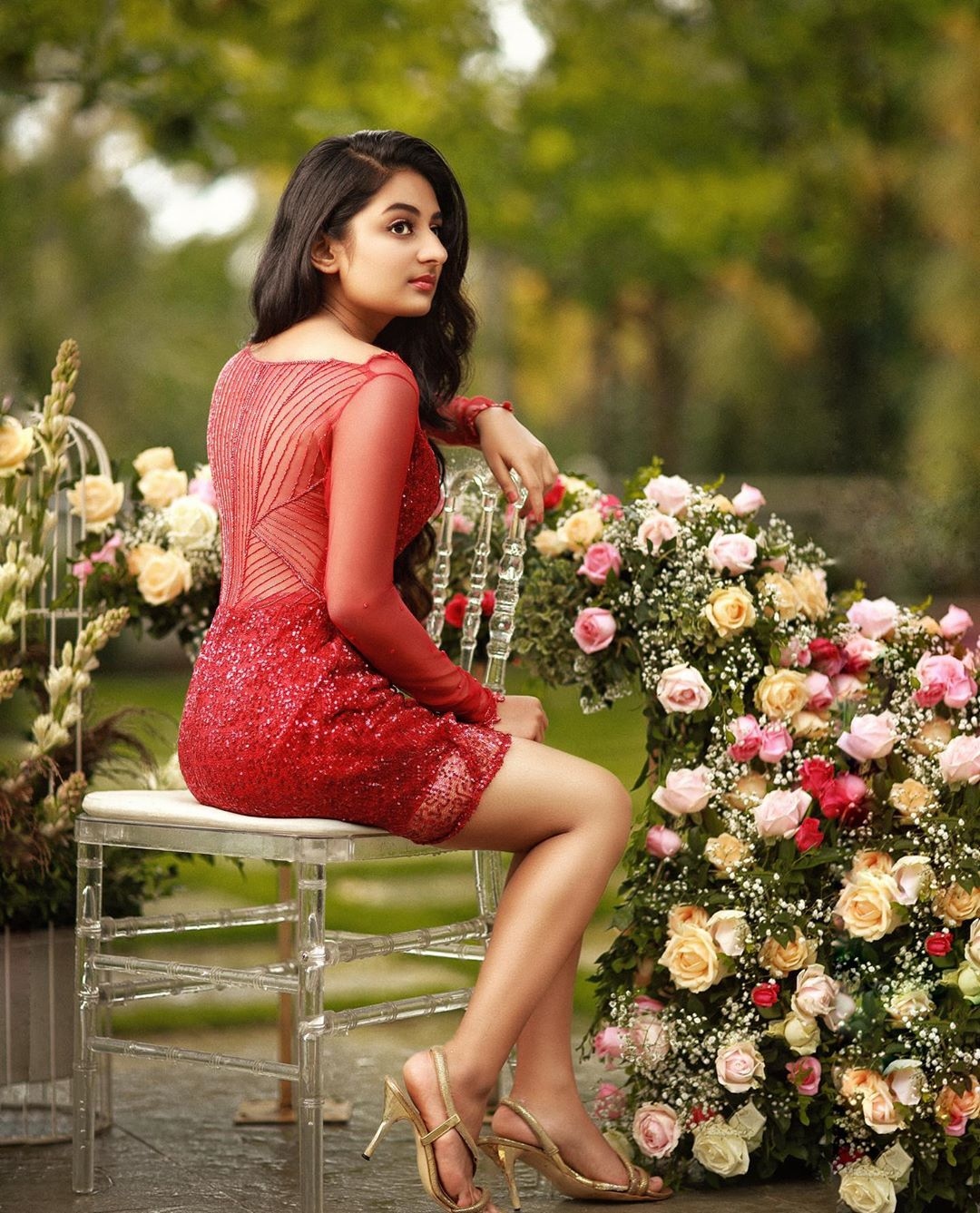 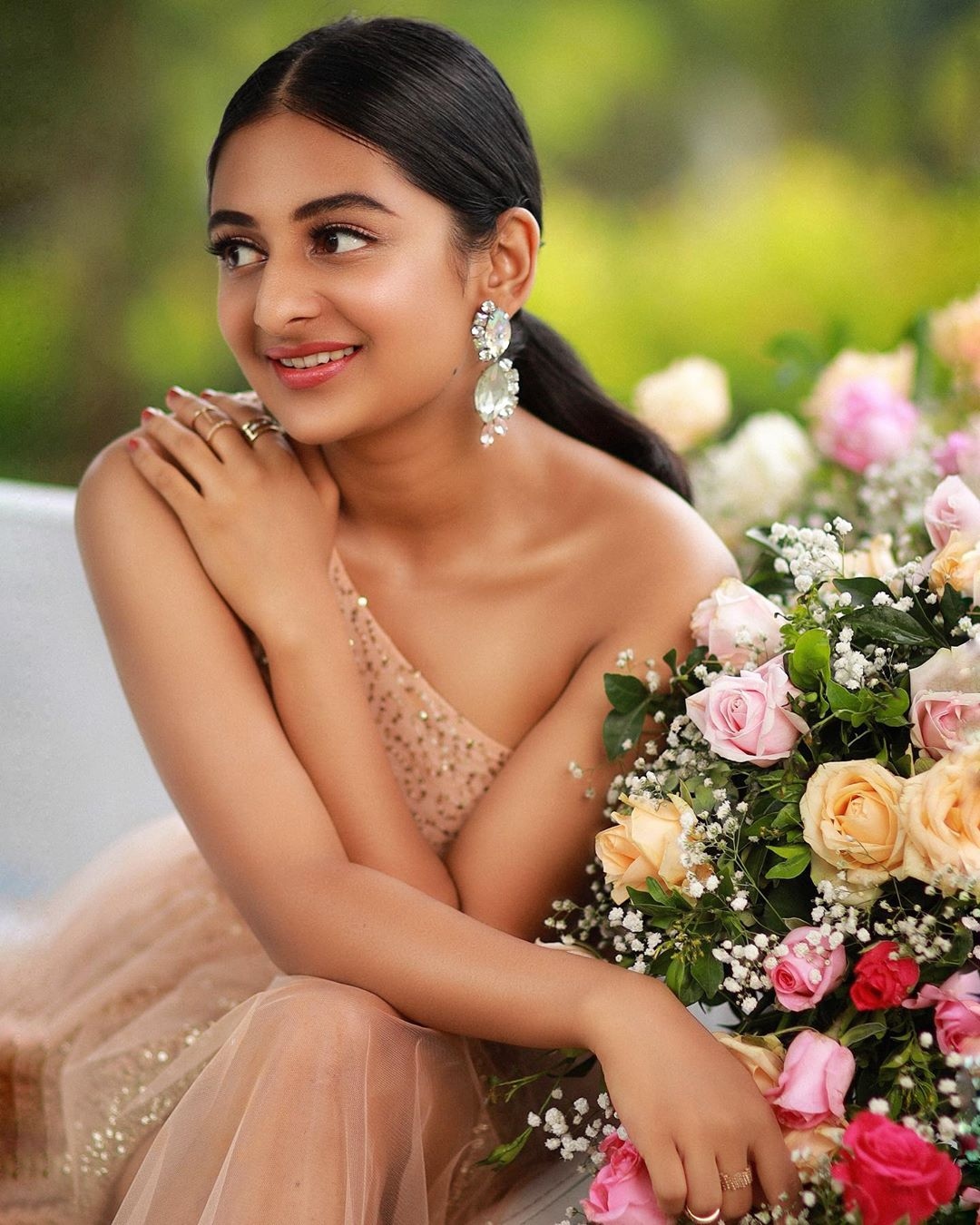 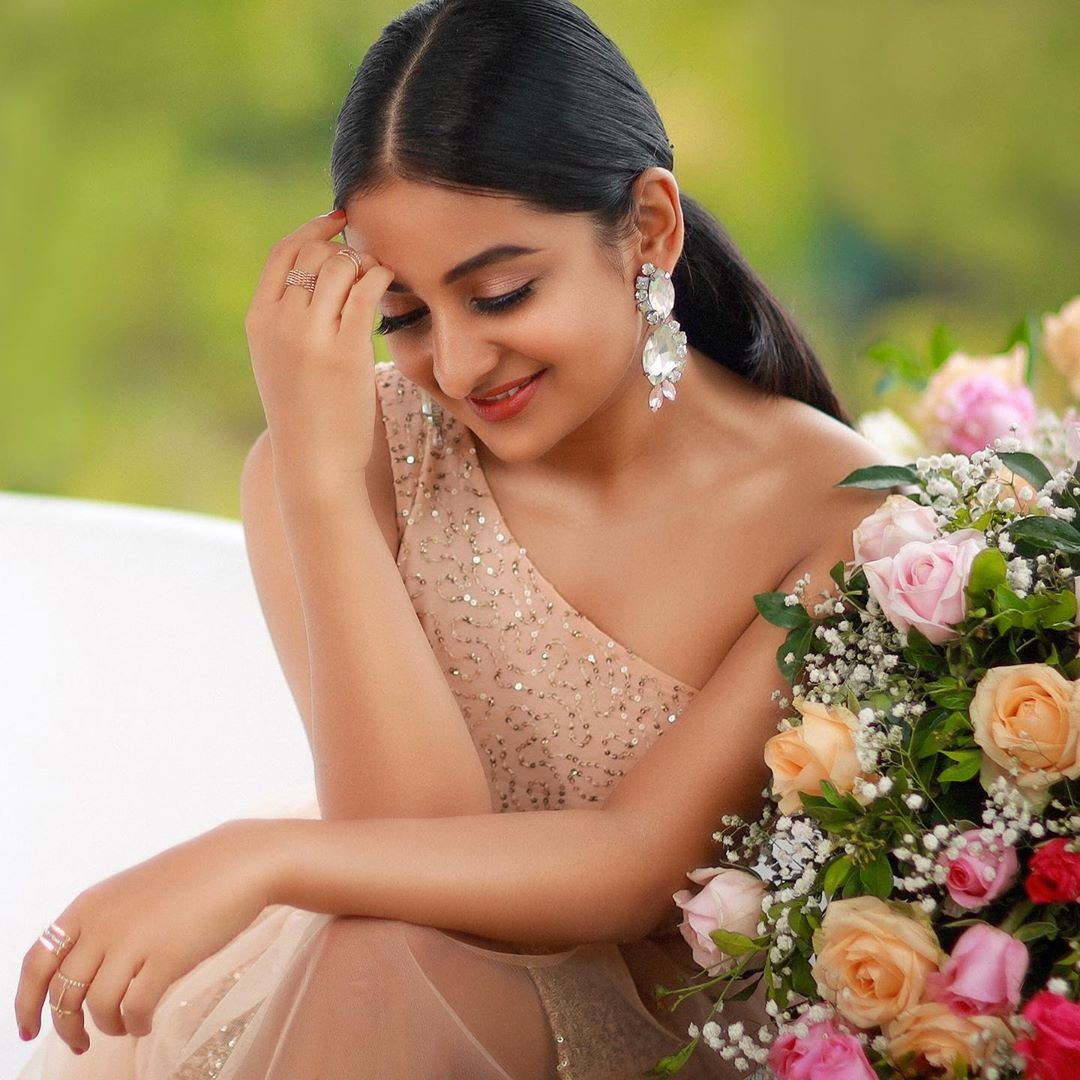