Amid lockdown actress Grace Antony has been treating her social media followers with dance videos. While we have seen several trendy dance videos of the diva, for the first time now the actress has shared a video of her trying hands in belly dance. 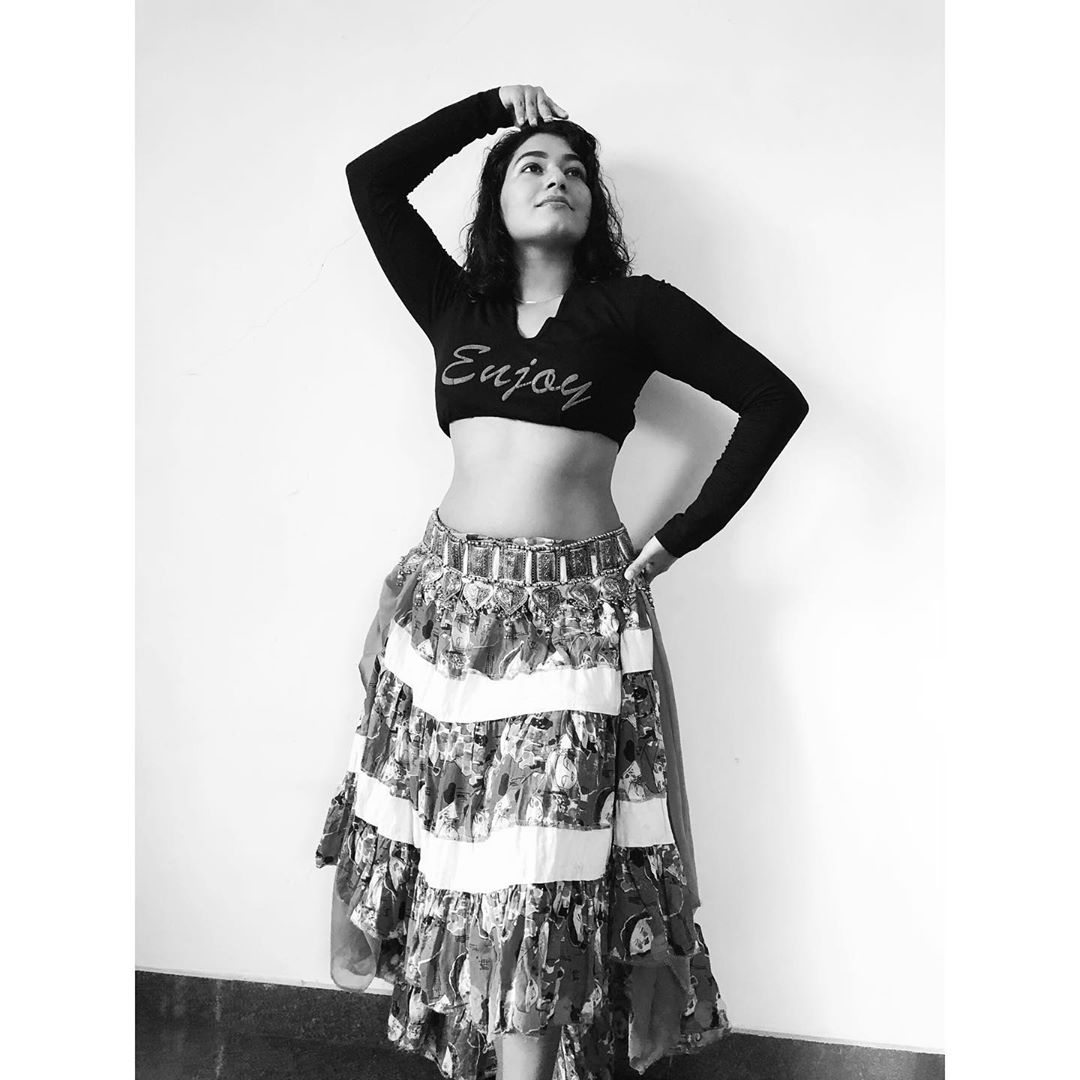 Grooving to the music of Justin Bieber’s ‘Yummy’ song, the gorgeous actress looks graceful and effortless as always in the video. 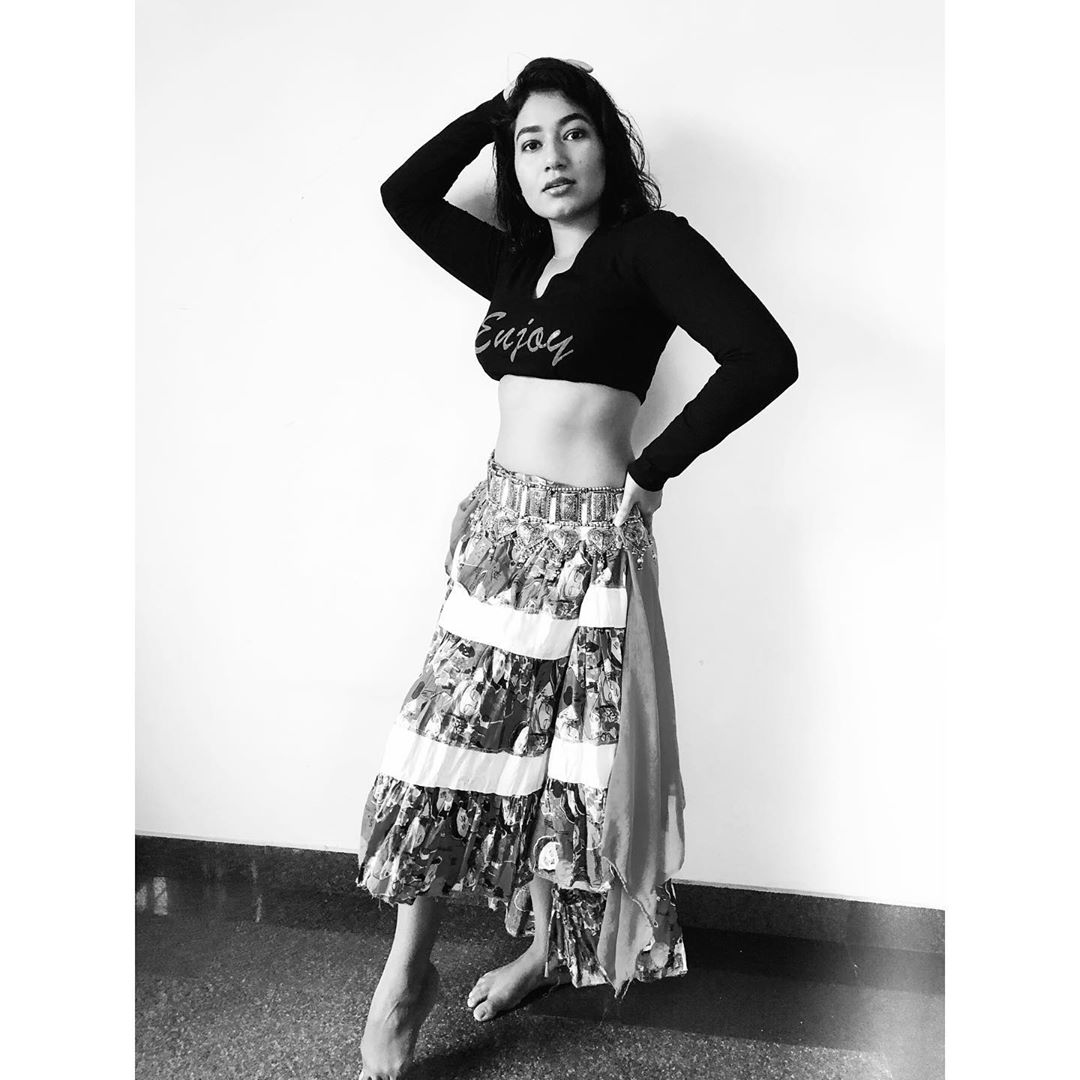 The video has received a thumbs up from celebs and fans alike. From actress Nazriya Nazim, Anna Ben to Priya Prakash Varrier, several celebs lauded the young actress for her stunning performance. 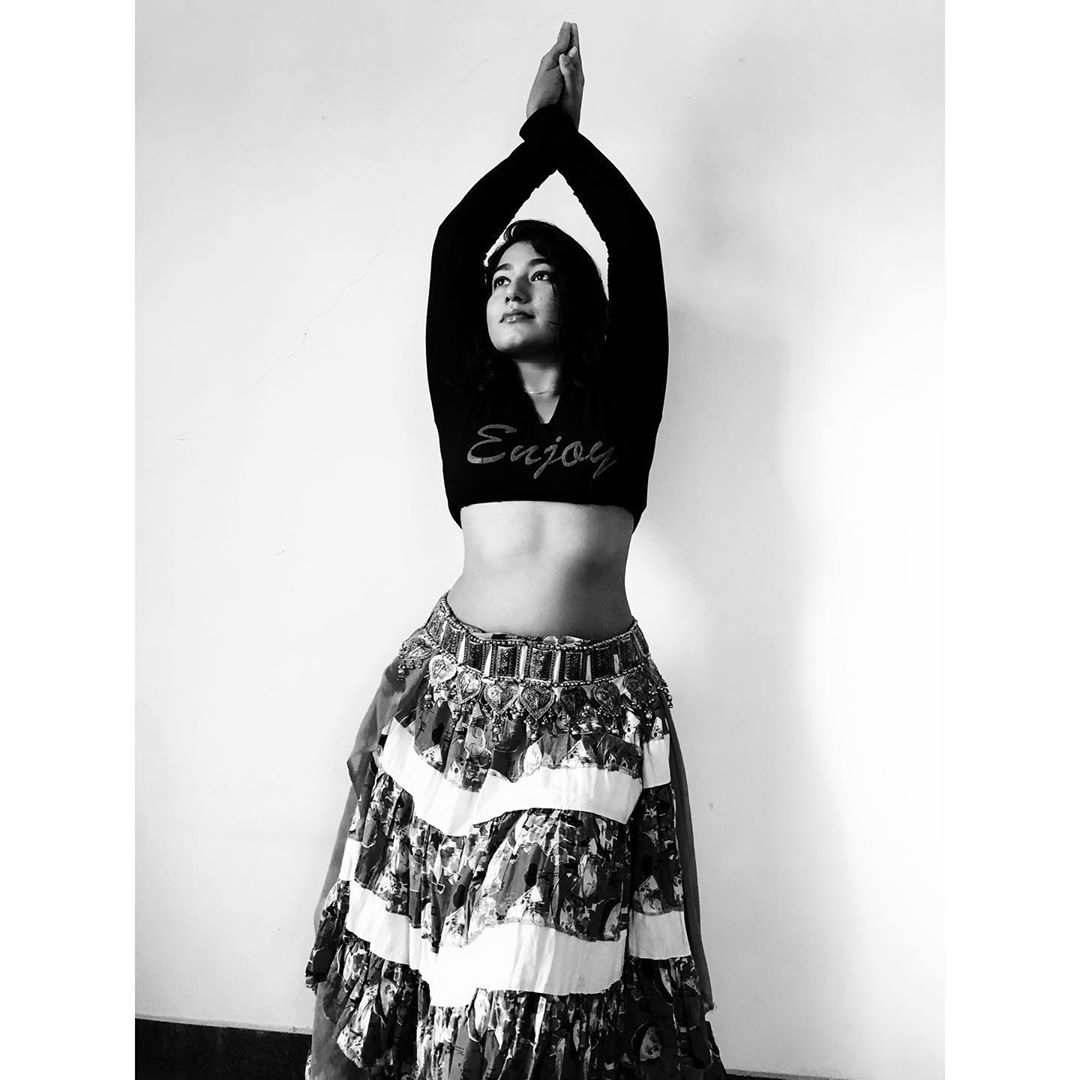 Grace Antony made her debut with Omar Lulu’s directorial ‘Happy Wedding’. Though she appeared in a single scene, she grabbed the attention of many. She shot to fame with Madhu C Narayanan’s ‘Kumbalangi Nights’, in which she played Fahadh Faasil’s wife character named Simi. Her performance in the movie won praises from all corners. 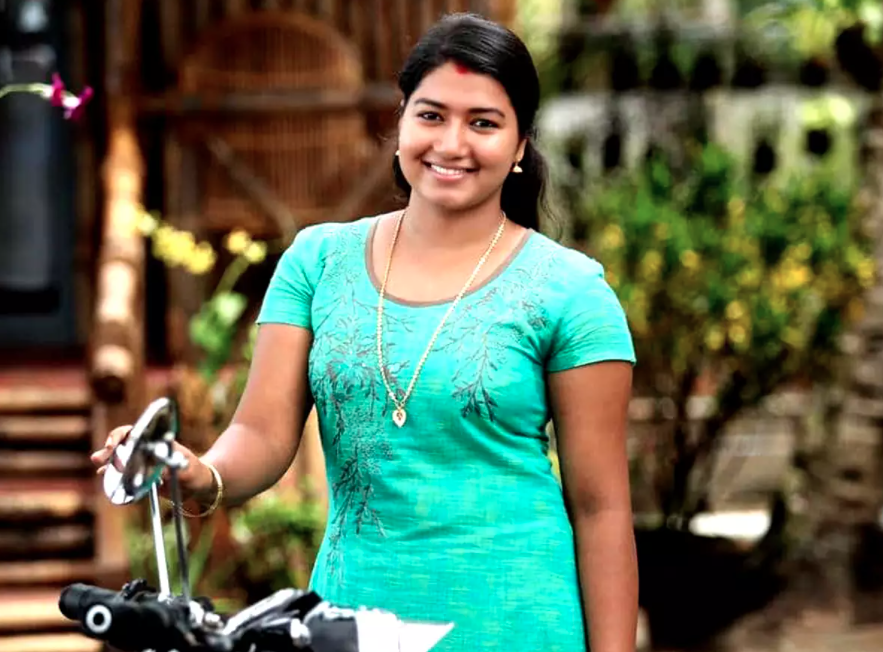 Her upcoming movies include ‘Halal Love Story’ and ‘Saajan Bakery Since 1962’.

Touted to be an emotional thriller, Penguin, narrates the tale of Rhythm (Keerthy Suresh), who loses her child- Ajay (Advaith) during one of his school excursions. Though there are shreds of evidence that indicate Ajay’s death, Rhythm finds it hard to believe that her only son is dead. Six years later, while the world around Rhythm has changed, she is still in the past meddling with her feelings.

Rhythm, who is pregnant with her second child, after a doctor’s visit, goes to West lake to relive Ajay’s memories. That is when she comes in face to face to her child’s abductor, who has kidnapped more than six children after Ajay. An appalled Rhythm runs for help when she finds her lost son. However, happiness seems to have vanished from Ajay’s life, who is stoic and bruised from bitter memories of the past. To bring back her son’s happiness, Rhythm embarks on a journey to uncover the events of the past.

Keerthy Suresh as Rhythm is delightful and a spectacle to watch. She puts her heart and soul into the character, which is evident on screen. Keerthy Suresh is the heart of Penguin and her portrayal as a longing mother just invokes emotions that are deep and inexpressible. Keerthy Suresh’s chemistry with Advaith is enduring and lovely to watch. Besides Keerthy Suresh, actors like Lingaa, Madhampatty Rangaraj also feature in small yet substantial roles. However, Penguin is Keerthy Suresh’s show altogether, she gets the best scenes and dialogues from the film. The rest of the cast has little space for performance.

Written and directed by debutant Eashvar Karthic, Penguin has a simple storyline filled with various tropes and sub-plots. However, the screenplay of Penguin could have been gripper just like its background score by Santosh Narayanan. Nonetheless, the story’s heart is in the right place and it delivers what is promised. But the movie’s climax is ought to draw a lot of flak from the movie-goers.

Set in the picturesque hilly ranges of Kodaikanal, the film unfolds mostly during the dusk. The mesmerising locations like Kodai Lake, Pine forest, and Green Valley view add the eerie to the movie, making it a thrilling watch. Kodaikanal is an important part of Penguin‘s narrative. It adds character to the movie and sets the tone of the film. The camera work by Palani Karthik teleports the audiences to the hill stations with its breathtaking visuals. The background score by Santosh Narayanan is haunting and somber.

Penguin only has one song- Kolame, picturised on Keerthy Suresh and Advaith. The song explores the chemistry between the protagonists of the film. It is sung by Susha and penned by Vivekh, the Santosh Narayana musical stays in the head till the last. Penguin shot in Tamil is dubbed into Telugu and Malayalam and is a delight to watch, especially Keerthy Suresh’s performance and Santosh Narayanan’s background score. Eashvar Karthic as a debutant director has managed to mount a thriller that has its eureka moments and is emotional. The movie released on June 19, 2020, has a run time of 132 minutes.

The Yeh Jaadu Hai Jinn Ka Sept 21 episode starts with the family noticing that there is a door inside their mansion that is slightly ajar. There is also a ray of light that they can see. Rubina mentions that the door leads to hell and also a Jinn has come out of it. The family then decides to break into teams and start looking for the Jinn.

Aman heads outside the house and notices that there is some noise coming from the pool. Roshni also comes out and notices the same. This is when Aman uses his magic and someone falls out of the water. Hearing the noises, everyone comes outside and notices a person in a pool of water. Rubina mentions that the person is a Jinn and the family members proceed to take it to a room. Aman then creates a jail around the Jinn.

Aman then leaves the room and goes to see Roshni. He notices that Roshni is playing with Armaan and gets nostalgic. He takes a picture of both of them and then proceeds to move towards Roshni. Roshni and Aman then spend some quality time with each other. Meanwhile, the Jinn gets up and Slama walks towards it. The Jinn asks for a glass of water from Salma and she complies with the request.

As soon as she hands the Jinn the glass of water, it uses the water to escape. Upon hearing the noises, everyone comes inside the room and sees that the Jinn has escaped. Rubina mentions that the Jinn might have gone away for now but can and will surely harm them in the future. The episode ends here.

The iconic actor Sophia Loren is celebrating her 86th birthday on Sunday, September 20. Starting her acting journey at the age of 16, Sophia garnered several unprecedented roles under her credit.

During her stellar career, she was a part of notable movies like Two Women, It Started in Naples, and more which made her reach the stardom, she is enjoying today. Sophie Loren created history in 1961 by being the first performer to win an Academy Award for a foreign-language role with her stint in  Two Women. The movie showcased her as a strong-willed mother who braves and assault to save her daughter.

On Sophia Loren’s birthday, here’s taking a look at her all the accolades the highly esteemed actor won over the decades.