Vanitha Vijayakumar was in the news again for the wrong reasons on Monday as producer Ravindar Chandrasekharan confirmed on his social media page that she and her husband Peter Paul are facing marital issues just four months after they tied the knot.

Other reports suggested that Peter an alleged alcoholic misbehaved in a drunken state in their family trip to Goa and again after their return to Chennai. An enraged Vanitha was forced to beat him up and throw him out of the house said the reports. Read: Vanitha Vijayakumar beat up and threw Peter Paul out of her house?

Vanitha in a long Twitter post has opened up that there are indeed issues and she is facing very tough times again in life but is confident of making it through keeping her girl children and family in mind. 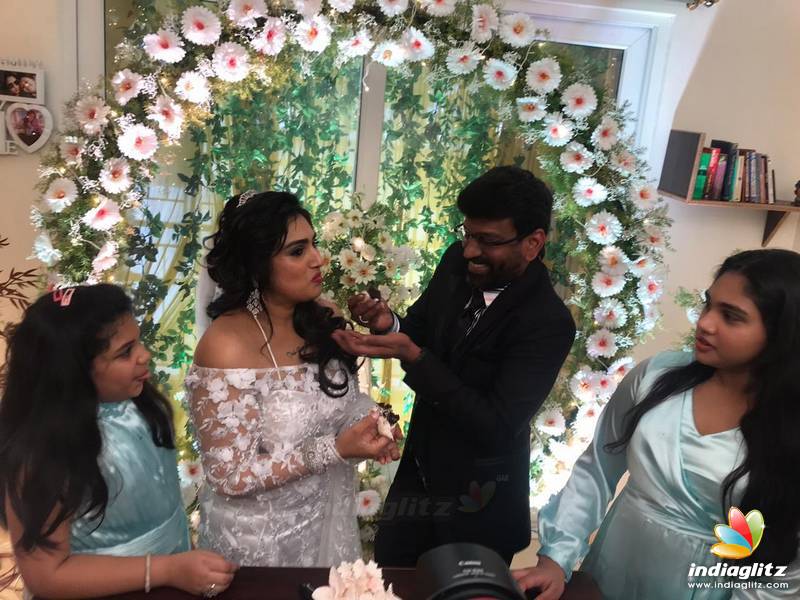 Vanitha’s statement reads “To those who think I broke a home..I made a home with someone who didn’t have a home and family for many years..he was in pain and so was I..we loved laughed and lived thru the worst times beginning from covid pandemic to the media circus which was purposely created around us. I believed nothing could break us..next came a health scare where I was terrified and shattered that I was going to lose him 2 times within a month..it was the worst pain and feeling.. I was so grateful to god to be able to bring him back home alive twice …especially this year”

The KPY judge has further elaborated “Life changes after ur loved one is sick or going thru recovery of something major in health..it was my constant worry and job to care for him..I couldn’t bare the pain of losing him..even today I remain in the same pain..some sadistic people are still making money and fame out. Out of my life and crushing my heart by not caring enough and make fun of or discuss about 2 individuals personal life…they find happiness in others pain…I am an honest straight forward person who shares everything good and bad in my life to the world ..” 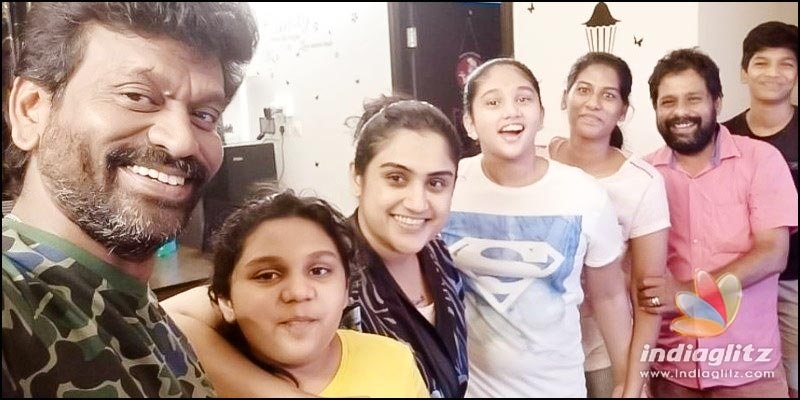 Vanitha has got extremely emotional writing “I dont hide anything as I have nothing to hide..taking advantage of this isn’t nice..all I would like to say now is I am going thru another major challenge and I am trying my best to see how I can sort it out as it’s not something I’m able to change or ignore as its about life. And death..I’m in immense pain and my heart is so heavy..I am so scared as love is the only thing I want and am scared to lose..I am being bold in facing this challenge without disturbing my work and my kids..my life has been a constant struggle and this isn’t something new to me. Losing in love is something I’ve gotten used to but I’ve always moved on and kept going becoming stronger..believing in love and being disappointed in it is very very painful and unbearable but after a point u become numb..losing a life in front of ur eyes is the most painful.”

Vanitha the mother of two girl children living with her has added with finality “I’m having to deal with that without having control..I cannot say I wish this hadn’t happened because life is a lesson and I’m still learning..I’m being strong and facing it with a pinch of salt..I kindly request you to not come to any theories by reading fake news.I dont deserve. To be abused or teased about as the truth is I never did anything wrong..I gave love to someone who needed it..I’m in a situation that all my dreams and hope for in my life might crash..I’m being positive but not convinced as its something which scares me..I’m strong and Bold woman who has faced a lo in life…I’m hoping this too shall pass..please dont speculate anything as it really hurts..love is the only thing that can crush me..I believe in miracles and hoping for one..whatever is destined I’m ready to face it as it is inevitable” 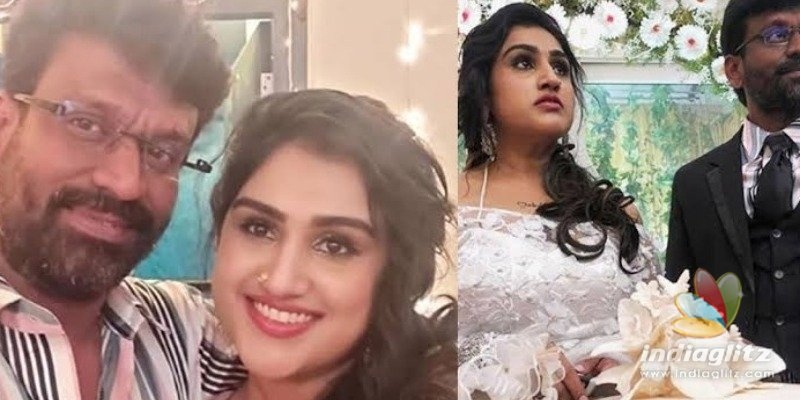 Vanitha has also made it clear to all her haters “I dont have to clarify anything more to anyone at this point as it’s my life and only I can deal with it…and I dont have a habit of exposing my partner and playing blame game so I can look good and gain sympathy..I’m grown up …I didn’t expect this but it happened and I will. Make the right decision keeping my kids and the people around me in mind..I hope and pray for the miracle but if not I’ll face It too..life still has to go on…nothing can break me anymore…lastly im not giving up yet”

I dont have to clarify anything more to anyone at this point as it&#39;s my life and only I can deal with it…and I dont have a habit of exposing my partner and playing blame game so I can look good and gain sympathy..I&#39;m grown up …I didn&#39;t expect this but it happened and I will

Prabhas chips in with a donation of Rs 1 Cr

Neighbours is updating its opening titles to reflect the Pierce Greyson recast.

Digital Spy can give an exclusive first look at the new sequence in our video at the top of the page.

This week’s episodes in Australia will see Don Hany make his first appearance as Pierce, after signing up to take over from Tim Robards in the role.

This takes the place of a similar shot from the old titles, which saw Tim’s version of Pierce in the same scenario.

Neighbours fans in Australia will see the new titles later this week, while they air on UK screens in November.

The show announced Pierce’s recast in August after Tim had to bow out earlier than planned.

Due to changing regulations and travel restrictions in Australia amid the COVID-19 pandemic, Tim finished filming four weeks early and chose to fly back to Sydney to be with his wife ahead of the birth of their first child.

Don will be playing Pierce for a few weeks, finishing off the character’s exit storyline.

Today’s episode starts with Anupama starring at Vanraj. Vanraj starts stunned. It was Vanraj’s dream. Leela asks Kavya why she was late. Kavya says she was stuck with something. She adds she wasn’t present but she will take part in further rituals. Kavya asks Vanraj to fill Anupama’s hairline with sindoor. Vanraj stands confused and follows her order. Kavya next asks Vanraj to tie mangalsutra in Anupama’s neck.

Today’s episode starts with Anupama starring at Vanraj. Vanraj starts stunned. It was Vanraj’s dream. Leela asks Kavya why she was late. Kavya says she was stuck with something. She adds she wasn’t present but she will take part in further rituals. Kavya asks Vanraj to fill Anupama’s hairline with sindoor. Vanraj stands confused and follows her order. Kavya next asks Vanraj to tie mangalsutra in Anupama’s neck.

Here, Paritosh, Nandini and Sanjay alert Kavya to stay away from Anupama and Vanraj. Kavya says wedding is incomplete without bride crying and her vidai. Leela and others agree. Vanraj thinks why Kavya is behaving weird. Kavya performs a dance on ‘ye galiayn ye chaubara’ song. Anupmaa and others join her.

Later, Anupama’s mother cries. Anupama goes to console her. There, Vanraj apologize to Kavya. Kavya asks Vanraj not to say sorry. Other side, Anupama’s mother says to Anupama she has bear a lot at Shah’s house. Anupma says no and explains Vanraj gave her much happiness. Ahead, Hasmukh and Leela plan for Vanraj and Anupama’s ‘griah pravesh’. Kavya stands at Anupama’s side. Hamukh asks why she us standing at brides side. Kavya says half function she has performed from groom’s side now half she will perform from bride side.